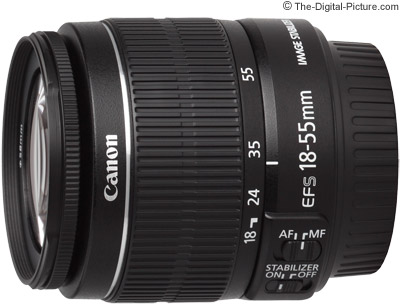 The comparison images below were captured on a clear day (any clouds in the sky reflect/refract sunlight and change the lighting on the scene as they move through). These Canon EOS Rebel T3i RAW format images were processed in DPP using the Standard Picture with sharpness set to "1" (very low). The 17/18mm sample 100% crops were taken from mid-bottom of the center-of-the-frame. The 55mm crops are from near the left side of the frame near center height. Use the mouseover feature of the links below the picture to see the referenced image. 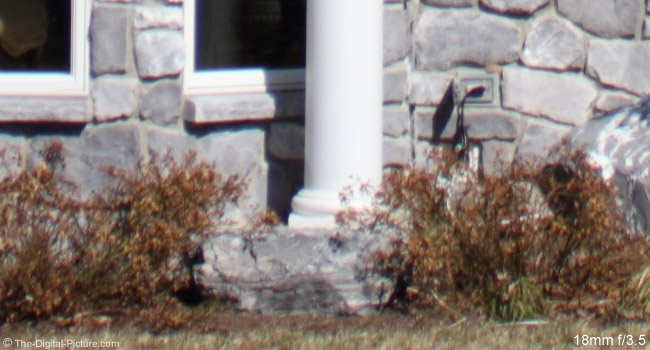