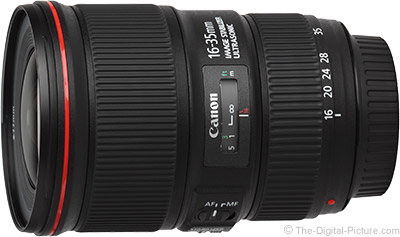 The worst image quality a lens delivers is generally in the extreme corners of the frame and zoom lens corners frequently have a level of mushiness to them. The good news is that the corners of 16-35 f/4L IS images are very impressive – prime-like.

All images on this page were captured on a pair of Canon EOS 5D Mark III DSLRs simultaneously triggered remotely. Two cameras were used due to unstable lighting caused by clouds and haze in the sky, insuring that same aperture images were captured at exactly the same time and that differences were not falsely created due to lighting changes. Both cameras were positioned within 2" of each other and were focused on the identical subject, placing the plane of sharp focus line with the flowers in the lower right corner of the frame.

Images were processed in Digital Photo Pro using the Standard Picture Style with a sharpness setting of "2" (low).

All crops shown below are from the absolute bottom right of the frame. I could have picked any of the four corners to compare and the results would be similar. I chose the lower right because the yellow flowers were nice to work with and this area of the frame had some depth to show/tolerate some field curvature.

I opted to not perfectly align the comparison crops so that the absolute corners would be shown. I trust that you will still easily recognize the differences. As vignetting is also most noticeable in the corners, it can play a role in the brightness of the crops shown.

Ultra-wide angle zoom lenses are often most needed for and most used at their widest focal length as general purpose lenses typically cover the 24mm and longer focal lengths, so perhaps most important is the 16mm comparison. Use the links below the image to show the image for selected lens and aperture setting. As you mouse between the results, watch the difference between the results. 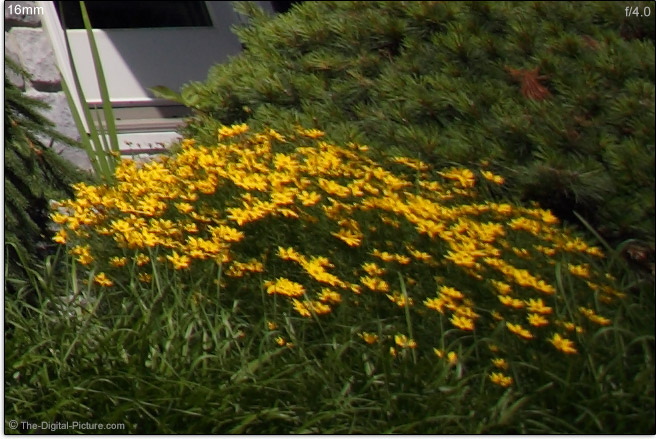 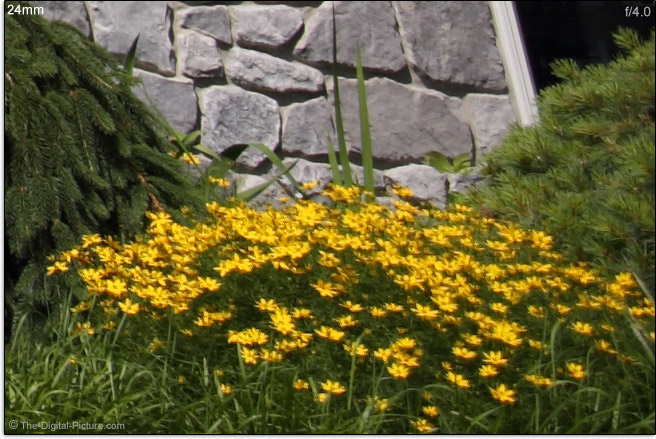 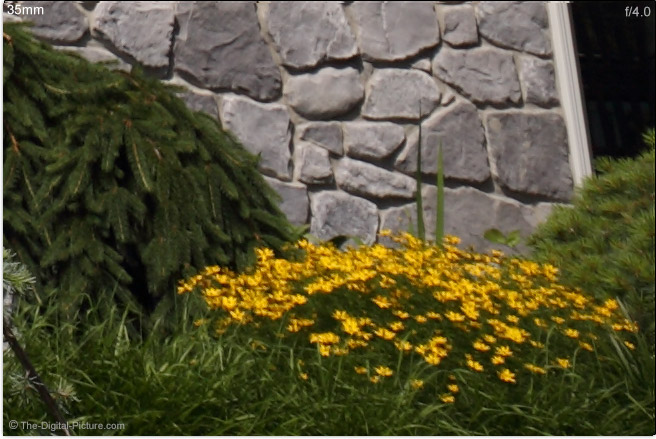 The green spruce tree shown deeper into the frame should be well within the depth of field at f/8 from this moderately long subject difference and the 16-35 f/4L IS shows that to be true. That subject is not rendered sharp by the 16-35 f/2.8L II.

One is a high-end, very-high-priced prime and the other is a mid-priced zoom. You think you know which one wins that competition, right? You may be surprised to see how close the zoom compares to the prime.

The focal length is different, but many can make either of these lengths work for their ultra-wide needs. 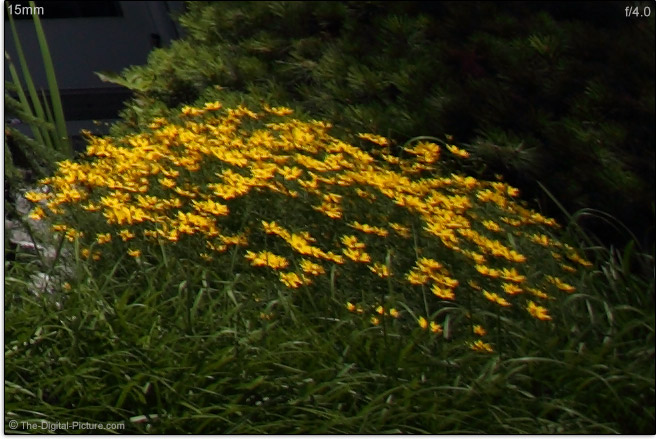 Not recognizable in this comparison is that the Zeiss prime has less distortion (though it is not completely distortion-free).