What Is a Tilt-Shift Lens?

Among the categories that lenses can easily be grouped into, one of the least understood is the "tilt-shift" category. So let's dig into tilt-shift lenses to see what capabilities make them unique and alluring to photographers.

What is a tilt-shift lens?

Simply stated, a tilt-shift lens is a lens in which the optics can be tilted and/or shifted in relation to the image sensor. Tilt-shift lenses also rotate to allow the lens to tilt and/or shift in a wide range of directions. Use the mouse-over links below to see how the tilt, shift and rotation mechanisms work in the Canon TS-E 24mm f/3.5L II Tilt-Shift Lens. 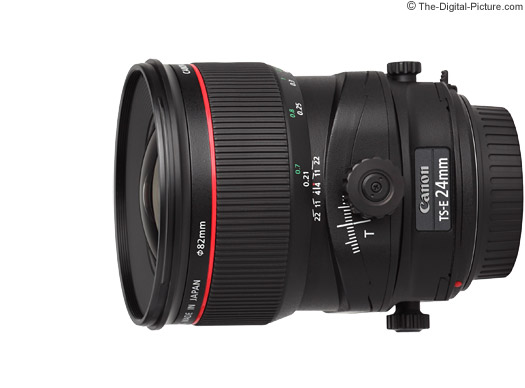 Before we explore how a tilt-shift lens can be beneficial to your photography, it's important to note that tilt-shift lenses do not feature autofocus. With that out of the way, let's see what advantages the tilt and shift features can do for us.

What does the tilt feature do?

The tilt feature of a tilt-shift lens takes advantage of the Scheimpflug principle, which decribes a situation where the lens plane is no longer parallel to the image plane (or image sensor, in the case of DSLRs). While that may sound intimidatingly complicated, the important takeaway is this – the tilt feature can dramatically change your plane of sharp focus.

In a typical lens, the plane of focus runs parallel to the sensor. That means that if you focus on an object 4 feet away with a normal lens using a moderately wide aperture, everything from left to right will be in focus at your focus distance of 4 feet, with areas in front of and behind the focus point gradually becoming out of focus. However, by tilting a lens left or right, you change the focal plane from parallel to approaching-perpendicular to the imaging sensor, with the result of the plane of focus running vertically through the frame (unless the rotation feature is used). That means that everything from the front to the back of the image can be in focus even while using a moderately wide aperture, with areas left and right of the focus area gradually becoming out of focus.

Alternately, by tilting the lens up or down, you can accentuate the effect of limited depth-of-field at a given aperture. This technique is used to make cities look like scale model replicas when photographed from elavated perspectives.

Let's take a look at some tilt examples from the TS-E 24L II review, all taken at f/3.5. Notice the dramatic change in the plane of sharp focus in the images below. 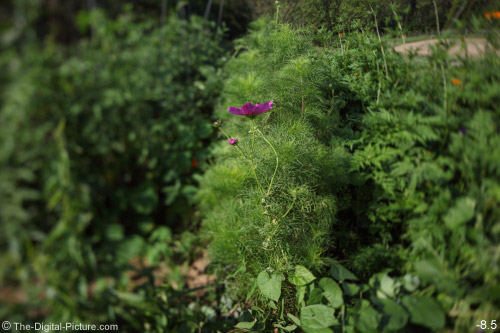 What does the shift feature do?

By shifting a lens, you can simulate photographing your subject from a different camera position. By using the shift feature, you can create architecture photos without converging veritcal lines. To do this, the camera must be level and pointed directly the building. The lens is then shifted upward to include the top portion of the building and, in some cases, a significant amount of sky for optimal framing (sacrificing nearby foreground elements in the process). Because the lens is leveled, the vertical lines do not converge. And because the lens is shifted, the lens simulates the view of a camera placed much higher than it actually was. 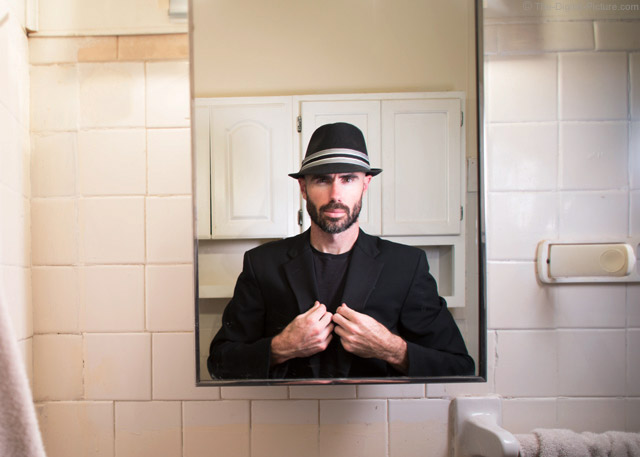 Another use of the shift feature is to aid in the creation of panoramic images. By leaving the camera stationary, you can capture a frame using left shift, centered and right shift – avoiding the pitfalls of parallax – enabling easy panoramic stitching in post processing.

Let's take a look at examples from the TS-E 24mm f/3.5L once again, but this time focusing on its shifting ability. 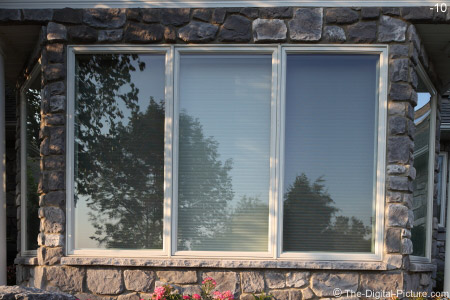 As you can see from the information and example images above, a tilt-shift lens provides unique opportunities for creative imagery. Tilt-shift lenses are useful for perspective correction, maximizing/minimizing depth-of-field and panoramic photography, and one (or several) tilt-shift lenses may be ideal additions for your kit.

Check out the following for detailed information on tilt-shift lenses: