Canon's unique Dual Pixel Raw (DPRAW) files were first introduced with the Canon EOS 5D Mark IV DSLR Camera. Many of Canon's imaging sensors utilize a dual photodiode structure, with data from two sides of each pixel being separately available for readout. When the Dual Pixel Raw feature is enabled, data from each side of each dual pixel pair is read and retained. And, with the parallax information available, additional still image pixel-level adjustments and refinements are made possible in Canon’s Digital Photo Professional image processing software (and potentially other third party software). 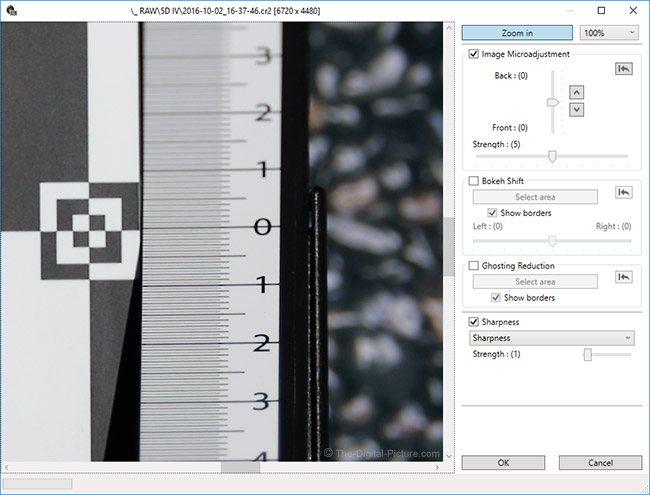 From within DPP (Menu: Tools --> Start Dual Pixel RAW Optimizer or press Alt-D), the Dual Pixel Optimizer allows one (only) of three options to be applied. Image microadjustment allows the sharpness of the image to be slightly altered front to back. Bokeh shift makes it possible to reposition the viewpoint or foreground bokeh slightly (amount varies by orientation), potentially removing a subject obstruction issue. The third option, ghost reduction, helps reduce certain types of aberrations and flare.

Dual Pixel Raw changes were said to be subtle but perceptable, with more perceptable changes able to be made with wider apertures in use. Also, it was expected that normal focal length (approximately 50mm) and longer lenses would work best with DPRAW, though bokeh shift can be effective at wide angles as well.

Putting Dual Pixel RAW to the test: In the DPP Dual Pixel RAW Optimizer with a 60mm f/2.8 image loaded, tick the Image Microadjustment checkbox and watch the in-focus details become sharper with the default Strength slider position ("5") and no Back/Front adjustment dialed in. While sharper is usually good, in this case, the sharpening is coarser than a roughly-equivalent +2 sharpness setting. Reduce the strength to "0" to eliminate this sharpening.

Unfortunately, with strength set to "0", the benefits of Image Microadjustment are essentially eliminated. Return the Strength Slider to the "5" position and begin making Back/Front adjustments. You will see the image's sharpest details become noticeably softer and the foreground or background details take on better definition – though I would not call them sharp. For those familiar with the softening effects of diffraction that come along with the increased depth of field of very narrow apertures, the Image Microadjustment will seem similar. There is a penalty paid (softer overall image quality) for the increased sharpness of out of focus details. Canon included the Sharness setting in the Dual Pixel RAW Optimizer and by increasing the image's Sharpness setting by about 2, the overall image becomes reasonably sharp without significant detail destruction becoming apparent.

Increasing the Image Microadjustment Strength setting (up to as high as 10) makes the Back/Front adjustment more apparent.

Canon suggested that the Dual Pixel RAW Optimizer would work best with wider apertures. Load the same 60mm image captured at f/8 and the ability to positively affect Back/Front changes practically disappears, though the softening effects remain. The light received by each half of the pixels is apparently not dissimilar enough to allow for adjustments. With an f/5.6 image, only very slight adjustments can be made and at f/4, you might find making adjustments to be worthwhile.

Canon also suggested that the Dual Pixel RAW Optimizer would work best with normal focal length and longer lenses. I of course wanted to see how 24mm landscape images would respond to this processing. While I could see a modestly out of focus background in a 24mm f/2.8 image respond to the optimization, the overall degradation easily surpassed any benefits realized from this adjustment.

If longer focal lengths and wider apertures respond best to Dual Pixel RAW Optimizer adjustments, Canon EF 200mm f/2L IS USM Lens images should excel in this tool, right? Well, not necessarily. With a relatively close focus distance, the maximum Back/Front adjustments seem very slight and not worth the increased softness. Narrow the aperture to f/2.8 or f/4 and the adjustments take on more significance. Move back and the f/2 adjustments seem more noticeable.

With a near-infinite number of subject/scene, lens and aperture combinations available to feed the Dual Pixel RAW Optimizer tool, it is impossible to test all possible scenarios. But, I want to share a selection of adjustment results on a sample image captured at 60mm f/2.8. Images were processed using the Standard Picture Style and, unless otherwise specified, a Sharpness setting of "1" was used. 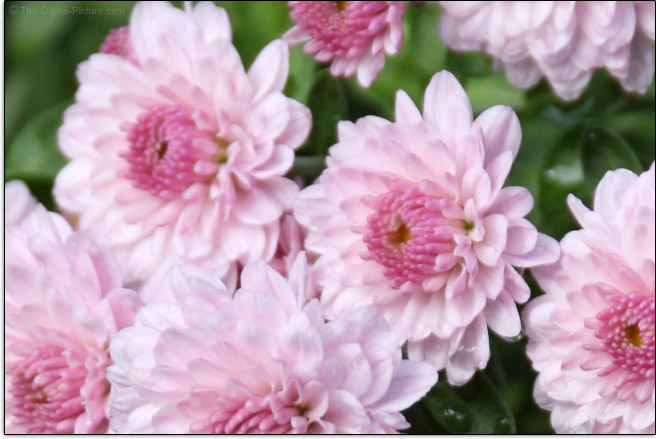 Obviously, not all available adjustments are shown above (including the front microadjustment options).

While I find the Dual Pixel Raw optimization feature very intriguing, I'm not ready to declare it a must-have feature.

What Canon has not talked about is the potential for increased dynamic range being available from Dual Pixel RAW files. It seems that, if partial exposures are being captured by the Dual Pixel RAW system, the potential exists for very significant highlight recovery, far beyond what is already available.