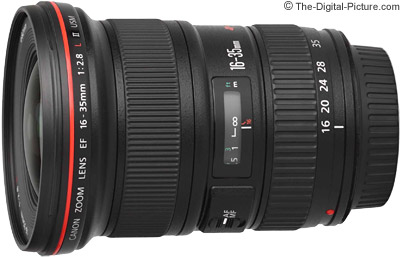 In combination with the EOS-1D Mark III, Canon expands the professional EOS system with the following accessories:

Wireless File Transmitter WFT-E2 – Smaller, lighter and more versatile than its predecessor, the unit enables wireless image transfers to computers and remote FTP servers. Support for HTTP means that picture editors can connect to the EOS-1D Mark III over the internet – allowing them to view, select and download images from the camera’s memory card moments after capture. PTP connection mode enables two-way communication between the EOS-1D Mark III and a computer for wireless remote shooting with the supplied EOS Utility software.

A new 82mm Protect filter for the EF 16 35mm f/2.8L II USM has been released to coincide with today’s launch.

The Speedlite 580EX II improves on many of the specifications of its predecessor. Recycling is silent and up to 20% faster. Weather seals ensure that when attached to the EOS-1D Mark III, the [Canon Speedlite 580EX II] achieves the same level of dust and moisture resistance as the camera itself. A redesigned metal flash foot plate and connector pins allow more stable communication between the camera and flash, while a quick release mechanism minimises wear and tear on both units. The flash head zoom covers the range 24mm to 105mm and an integrated diffusion panel allows extended wide-angle coverage to 14mm.

USB host functionality means photographers can shoot directly to external storage media on longer shooting assignments. The unit also supports recording of GPS data - when connected to a portable GPS device, the location and time of capture is automatically added to each image as EXIF data.

Requiring no additional batteries, the Wireless File Transmitter WFT-E2 fits neatly onto the side of the EOS-1D Mark III and offers the same degree of weather resistance as the camera body.

The Original Data Security Kit OSK-E3 supports advanced image encryption when used with the EOS-1D Mark III, answering a need in the market for a secure way to transmit electronic images. The system works by writing captured images to a standard CF memory card, while the SD card slot contains the Original Data Security card (supplied with the kit) which acts as the encryption key. Encrypted images can be decrypted only by a computer with the same encryption key, allowing photographers to send images over public networks – such as wireless LANs or the internet – with the assurance that only the intended recipient can view them.

The Original Data Security Kit OSK-E3 is capable of detecting the slightest (single bit) discrepancy in image data. For images shot with the EOS-1D Mark III and a GPS-connected Wireless File Transmitter WFT-E2, it can also be used to verify that GPS data recorded at the time of capture has not been altered – an increasingly important consideration for news publications.

Developed with valuable feedback and advice from EOS photographers, today’s releases underline Canon’s commitment to the professional market. Canon’s policy of listening closely to its users has been central to the success of EOS over the last 20 years and will continue to be a cornerstone of future development.