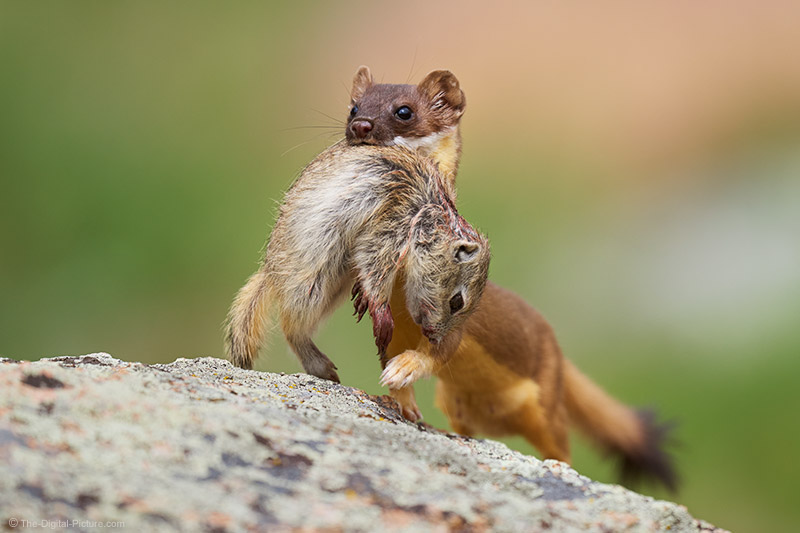 Previously, I asked if the weasel was adorable or a vicious killer? Most would rate the other image as considerably more adorable, but on this day, both descriptions accurately described this little predator.

As I said before, the opportunity was a unique one. What started as a glimpse of a weasel hunting in the brush turned into an afternoon of waiting, with some watching and frantic photographing mixed in. Often nocturnal, weasels are seldom seen, and when they do show themselves, getting the fast- and erratically-moving critters in the frame is tremendously challenging, even without accounting for accurate focusing.

A key to successful wildlife photography is knowing (guessing properly) where the subject is going, and finding an attractive composition it might enter into. I guessed right on this weasel's return path, and the near-ground-level Sony Alpha 1 with a Sony FE 600mm f/4 GM OSS Lens mounted captured the weasel running over a rock with a clean background.