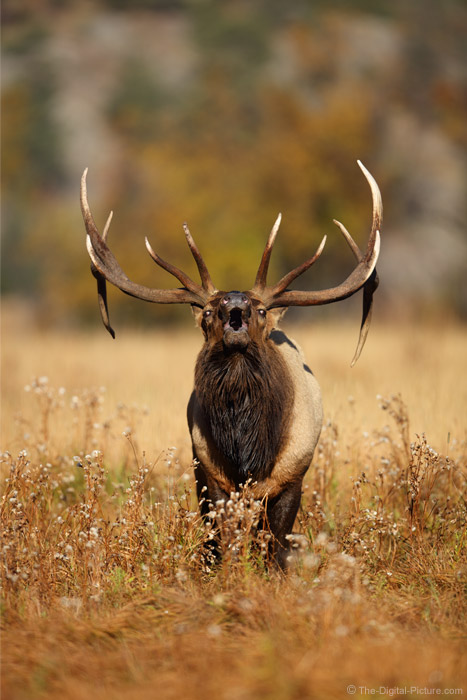 When going afield, I often have some image goals in mind. Being opportunistic, taking advantage of every opportunity afforded, is always the primary plan with wildlife photography, but looking for opportunities to capture the goal shots is also part of the plan.

When viewed straight on from the front, most animals appear symmetrical and that is a look that can often work well in an image. One of my goal shots for this trip was a head-on image of a bugling bull elk (cow elk do not bugle) with its head and antlers characteristically laid back. Put that elk in a meadow with a strongly blurred background and I'd be even happier.

This shot nailed the head position I was looking for and most of the other aspects were in line with the goal. The elk's body position is nearly ideal, but the bull seemed to have its neck shifted slightly, breaking perfect alignment. Few sets of antlers are perfectly symmetrical and this set has some side-to-side variation.

I'll be attempting to one-up this image in the fall.