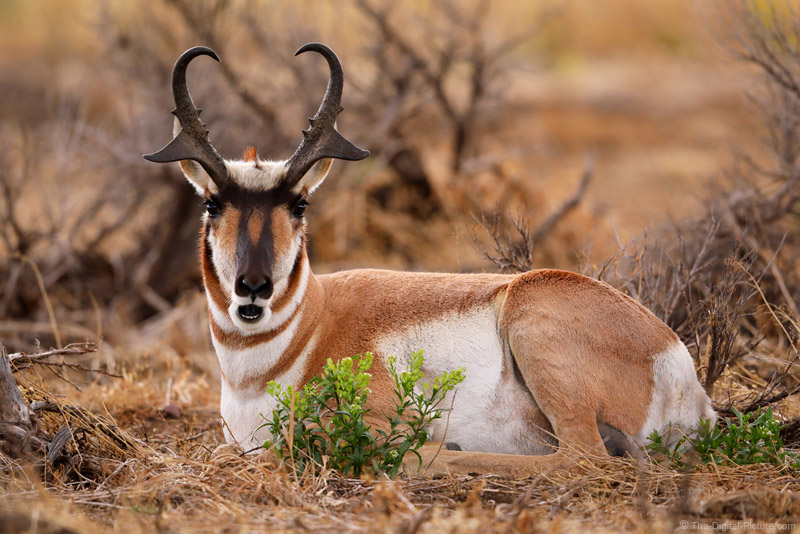 The obvious reason to use high speed burst mode to photograph wildlife is because wildlife moves and you want to capture the ideal body position and behavior. Use your fastest frame rate to capture the frame with the perfect body/angle/leg/wing positions against the best possible background. When the wildlife is in fast action, that motion is obvious and further discussion is probably not warranted. But, the motion can be more subtle – I'll call it "micro-motion" – and micro-position differences matter.

One of the most frequent subtle wildlife motion issues I encounter is blinking and birds especially cause me grief in this regard. The bird may appear completely motionless, allowing you to take your time to set up for and capture the perfect shot. The image looks great on the LCD, but when you get home and load the images, you realize that the nictitating membrane is covering half of the eye (this is not technically "blinking", but the problem is similar). While this issue can sometimes be remedied in post processing, correction is challenging and time consuming even on the easiest repairs. If 5 or 10 images of the same scene had been captured in rapid succession, the odds are very good that at least one of them would have had a clear eye.

Another issue I find problematic is animals chewing their cud. Even when I'm aware that this is happening, it can be quite challenging to capture a single frame without the animal's fast-moving lower jaw in a strange and usually detracting position. Ear position is a similar issue. Certain ear positions are often preferred and since these features are often moving, a burst can help capture the optimal positions.

Sometimes it only takes a subtle movement to make a big difference in the desired catchlight in the subject's eye. One of the frames captured in a burst may have this key difference, giving that particular image the extra sparkle needed for greatness.

Did you ever have an image degraded by something passing through the frame? This is often a photobombing insect or bird that shows up at just the wrong time. While these can sometimes be removed in post processing, that is not always the case and even if removal is possible, the process may prove time consuming. Grasses blow in light wind, passing into out of ideal positions. Leaves on trees do the same. A frame burst may contain an image void of the undesired objects.

Speaking of the blowing, most wildlife photography takes place outdoors and there are many factors out here trying to reduce your image sharpness, including wind. Not every frame may be sharp, but an increased number of images brings an increased chance that sharp images are in the mix.

On occasion, I find that I need to merge two or more images from a burst to get the ideal subject framing. Especially when using a long telephoto lens not locked down on a tripod, I often get a modest variety of subject framing in a burst set. While the differences may not be big, I sometimes find it optimal to add a side of one frame to another image to provide the ideal framing or to expand the frame. This is an especially good option to use if the focal length is too long and the scene is being cropped too tightly.

Even when not moving fast, wildlife is often moving. Capturing just the right point in time can make a big difference in wildlife imagery and using the camera's burst mode may be all that is necessary to bump your image quality up a notch.

Using a high frame rate-capable camera in high speed burst mode greatly increases the volume of photos captured. Be ready for this and be heavy handed when selecting down the keepers. It is OK to delete good images (and far better to have too many good images than missing the optimal one). You probably can't use them all – keep only the best.

Humor has a value in wildlife imagery and a high speed burst rate is advantageous for capturing humor. I photographed this pronghorn having a sit-down dinner (it was eating the green plant in front of it) in Grand Teton National Park in very heavy wind. This wind was so strong that I was having trouble keeping the animal in the 600mm frame. Yes, I had the hood on the lens, increasing the wind load, but it was raining lightly and rain was hitting the front lens element even with this giant hood in place. By using burst mode, I came away with a very satisfying set of sharp, well-framed keepers from this encounter, including this humorous one.