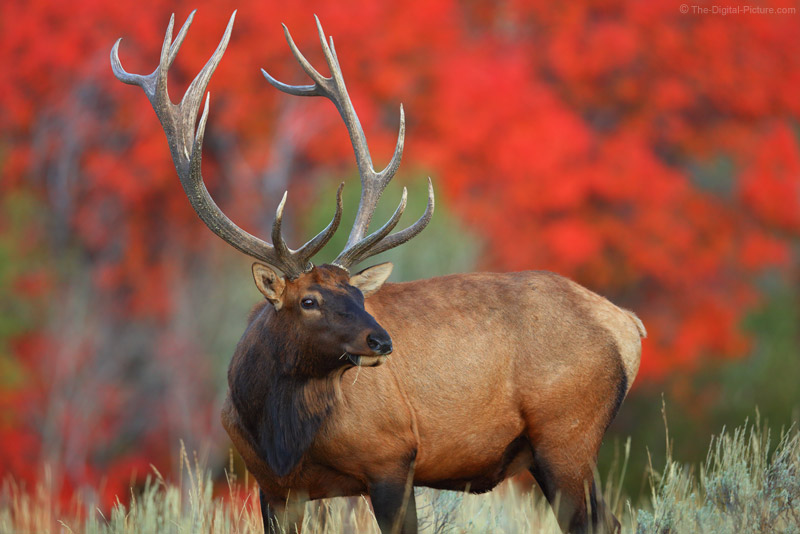 While stalking elk on this ranch, I was focusing on areas with the potential for fall maple tree colors in my backgrounds. The sun had set, but the light, though somewhat dim, was still very nice when I noticed antlers approaching in the distance. I was working in heavy sage a moderate distance out from the maples and this bull's approach was as I would have directed.

I captured many images of the bull, but I selected this one to share for a few reasons. One was that I didn't cut off the antlers even at this relatively close distance and that the bull was large in the frame was another. That the bull is alert with a head angle that reflected the sky in his eye, adding some life to the image was another. I also like the body position displayed here. The bull is mostly broadside but approaching and his head and antlers are about 1/3 of the way into the frame facing toward the 2/3 side for good balance. While the animal itself is beautiful, a beautiful background adds greatly to an image.

When photographing antlered animals, I frequently try to keep the complete antlers in the frame, preferring the legs and sometimes the body to be cropped if desired.