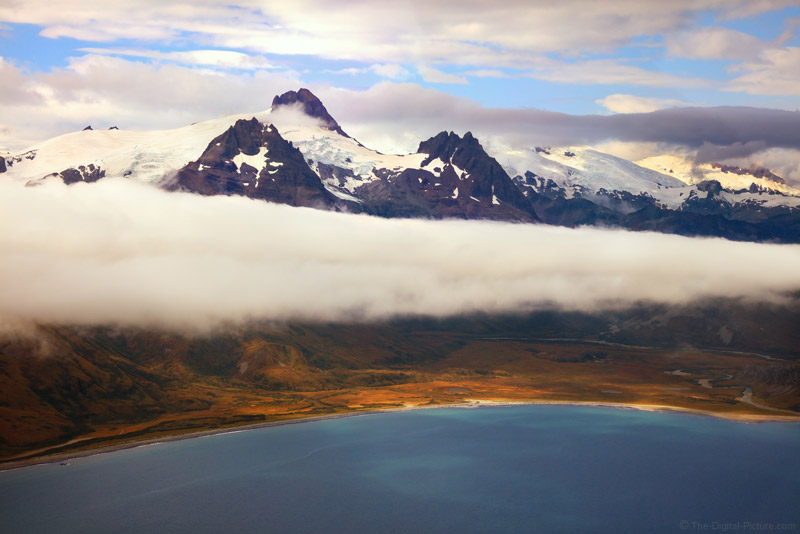 Plane rides are often a means to an end, but this one was so much more. Flying in a float plane over the Shelikof Strait and along the remote southeast coast of Katmai National Park was ... breathtaking. And those breathtaking sights were very photo-worthy, but not without complications.

Airplane windows are not designed with photography in mind and there is some non-optical glass between the camera and the subject. Reflections, uneven contrast reduction and color toning (mostly in the sky in this frame) were among the complications. After an initial attempt at cleaning up the image, I revisited it a number of times over the nearly 1 year that has passed since this flight. The incredible scene was worth the extra effort that went into post processing, but ... I'm still not sure I have this right.