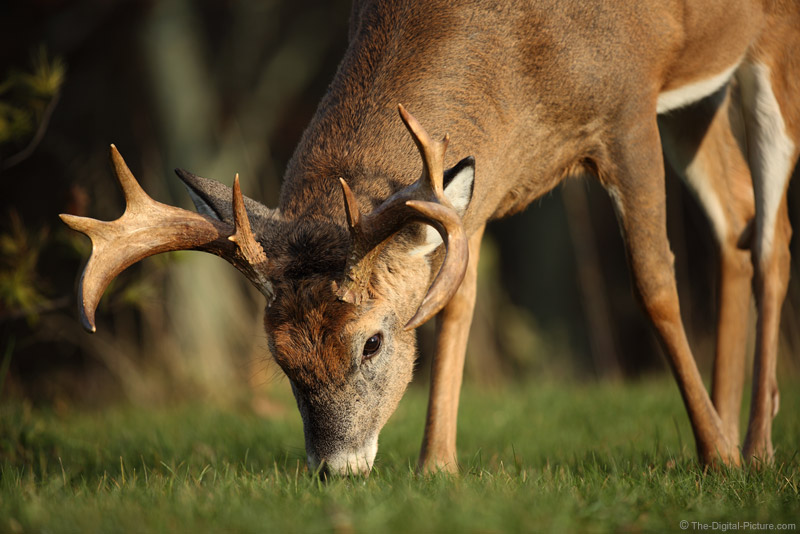 When photographing a GPS radio-collared buck such as this old Shenandoah NP example, careful attention must be paid to head angle (assuming that you want to remove the collar in post). Because the radio-covered white patch under the chin and the whiskers leading into that area are nearly impossible to rebuild, head-down positions work best.

Tripods will give you the most stable shooting platform, but the speed and flexibility of monopods often rule for wildlife photography. Here I was shooting from a drainage ditch. I quickly hopped in and setup the monopod for near-ground-level shooting. The buck might not have remained in place while I figured out how to set it up down in this somewhat-unusual shooting location. The 1/500 shutter speed along with image stabilization was easily enough for sharp photos – except when the deer moved faster than its normal feeding movements.