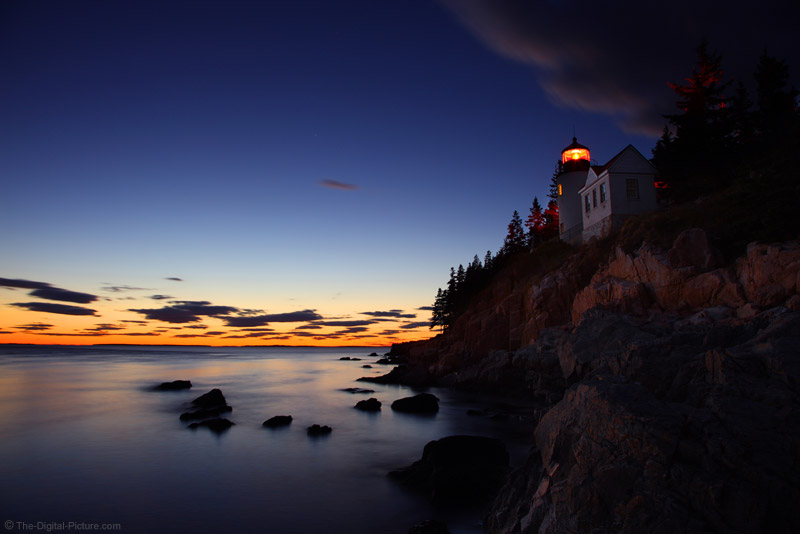 There are a lifetime of photo opportunities in Acadia National Park, but the Bass Harbor Lighthouse is one of the best and most-visited locations.

This image is a composite of three shots. A 20 second primary shot includes the water and sky while a second 30 second shot was used to pull detail out of the rocks on shore. A third shot was used to capture the light shining on the trees beside and behind the lighthouse.

These three shots were selected from a huge number I shot at various times during the sunset - with lots of bracketing taking place. The three layers were merged in photoshop.

To keep the long exposure sharp, mirror lockup and the two-second self-timer were used as was a Gitzo GT3530LS tripod with an Arca Swiss Z1 Ballhead mounted to it. A custom white balance and a small amount of saturation were the primary post-processing tweaks aside from compositing the 3 images.

When you are shooting the next sunset, don't leave when the sun sets below the horizon (most photographers I observed in Acadia do). There may be many opportunities yet to come with easier to handle dynamic ranges.