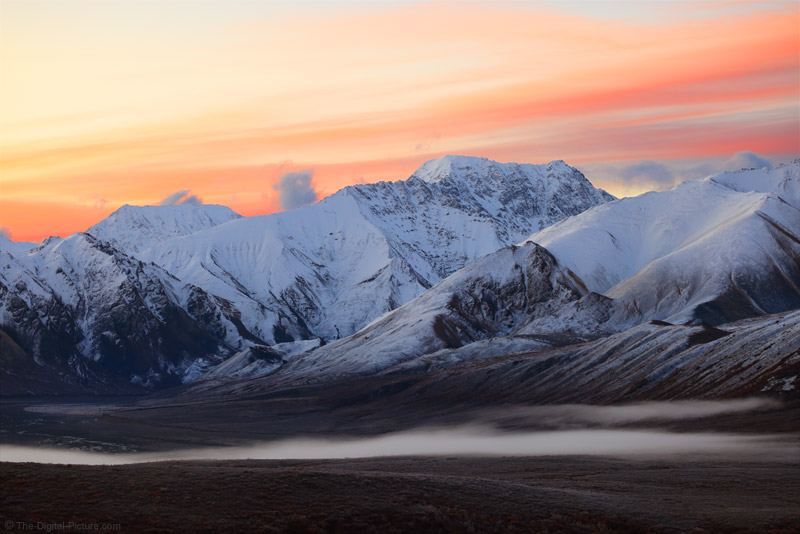 With a very early alarm in the past and the road lottery ticket on the windshield, a friend and I drove the lead vehicle deep into Denali National Park this morning. We were focused on photographing the Denali peak at first light, but with color in the sky and fog in the foreground, I couldn't resist pausing for a few moments to capture this image.

This scene is one of the many reasons the Canon RF 100-500mm F4.5-7.1 L IS USM Lens is part of my standard landscape kit. With the mentioned goal remaining a high priority, this was a jump out of the car, sit, shoot, and jump back in the car scenario. With no time for tripod setup, the Canon EOS R5 and RF 100-500 combination IS was counted on to make the shot sharp, and it did.

When driving by a scene that calls for a photo, I often regret not heeding that call. The captured image is usually worth far more than the very little time and effort the stop typically requires. This was one of the latter cases. Within three minutes of stopping, we were back on the road.