When the Conditions are Unusual, Embrace the Opportunity, Bull Elk in RMNP 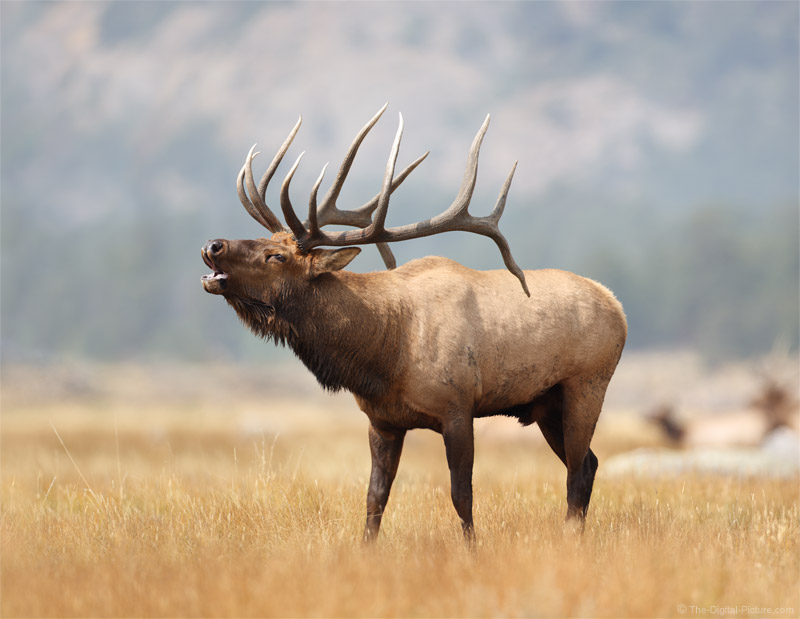 When the conditions at a destination are not as we expected or as we hoped they would be, we tend to get discouraged. However, when those circumstances are unusual, we can capture images that look different. With the extreme number of images being captured today, different is very positive.

The massive wildfires in the western USA were timed with the elk rut in Colorado this year, and the resulting smoke was not a welcome aspect of this Rocky Mountain National Park trip. While the smoke eliminated sky and sunlight color at sunrise and sunset and prevented clear viewing of the milky way and stars, the look of wildlife images captured under a late morning sun was different — and improved. As seen here, the harsh shadows were strongly reduced, and the background has an interesting low contrast appearance that makes the closer subject stand out in the image.

This image is an 86MP panorama captured with the Canon EOS R5 and Canon EF 600mm f/4L IS III USM Lens. At this moment, the bull came in too close for a 600mm lens to capture the composition I wanted.

When over-focal-lengthed for a situation, attempt to capture the composition's in-motion portion in a single frame. For wildlife and portrait photography, the in-motion part usually includes the head and may include the entire body. For landscape, the in-motion subjects may be a stream or an ocean. After capturing the in-motion portion of the composition, quickly capture the desired additional pieces of the frame in subsequent images, ideally using the same focal length (easy with a prime lens), the same focus distance (switching the lens to MF after the first capture makes this easy), and, preferably, the same exposure settings (manual exposure makes this easy but brightness differences can be resolved when editing the individual RAW files). If there is potential subject motion not contained in the first frame (the back legs of the bull in this example), the immediate second frame should capture that potential motion.

Later, stitch the images together using your favorite image processor. The image shared here was manually merged in Photoshop. The images were stacked, and the hard edges between the frames were removed using a layer mask with a soft-edged brush painting black over the edge of the top image mask.

Another teaching point from this image is the camera position. By photographing from down low, more of the elk is shown against the mountain vs. the meadow and the already-large animal is made to appear even larger.

An exceptional subject always helps overcome any shortcomings in an image. Shown here is, among the animals I've photographed, my all-time favorite set of antlers. The overall size is huge with good mass, the points are long, and the symmetry is impressive. I can't wait to see what this bull grows next year.