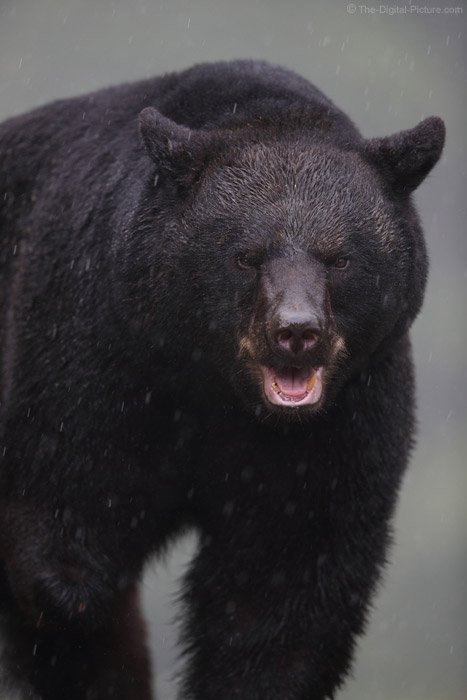 The 600mm focal length may not be the best for creating a sense of presence for the viewer, but ... it certainly helped me to distance myself from this bear's presence. And, I think the bear did a nice job of creating a presence all by himself.

The bear has apparently experienced trauma in its life as it is missing the bottom of its right front leg and one of his canine teeth is broken. Although such an accident would be enough to make any bear angry, I really don't know for sure if this one was angry or not. But, saying that it is angry sounds more dramatic and people seem to like drama these days. And, almost universally, animals lay their ears back when angry, helping to justify the thought.

The EOS-1D X Mark II has been very reliably focusing on the bears' eyes (bear noses often get in the way of this) even in bad weather conditions and this camera and lens combination easily erased the distant background, making the bear the unmistakable subject.