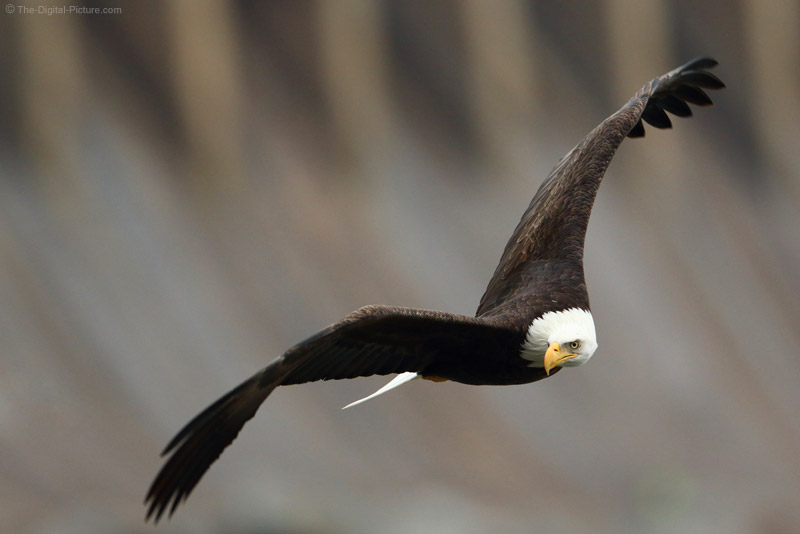 I generally prefer to avoid the hand-of-man in my wildlife images and when setting up at the Conowingo Dam, I positioned myself to best avoid the dam, wires and other non-natural objects in my backgrounds. But ... those man-made objects were not always avoidable and ... the Conowingo Dam is a big reason why the eagles are there in the first place. And, it is a landmark among bird photographers. It is not unusual to find half a million dollars worth of gear on the shoreline below this dam. So, I find it fitting to include the dam in the background of a bald eagle image. In this example, I like the evenly-repeating pattern of the heavily blurred dam in the background.

The 7D II performed very well this day. I used the 600 L II IS lens for maximum reach and used the 1.4x III extender some of the time. The 1344mm effective angle of view proved challenging for tracking the erratically-flying eagles and I eventually removed the extender. However, some of my favorite shots of the day would not have been nearly as good without the extender in place. So, the with or without extender decision must be weighed in light of circumstances.