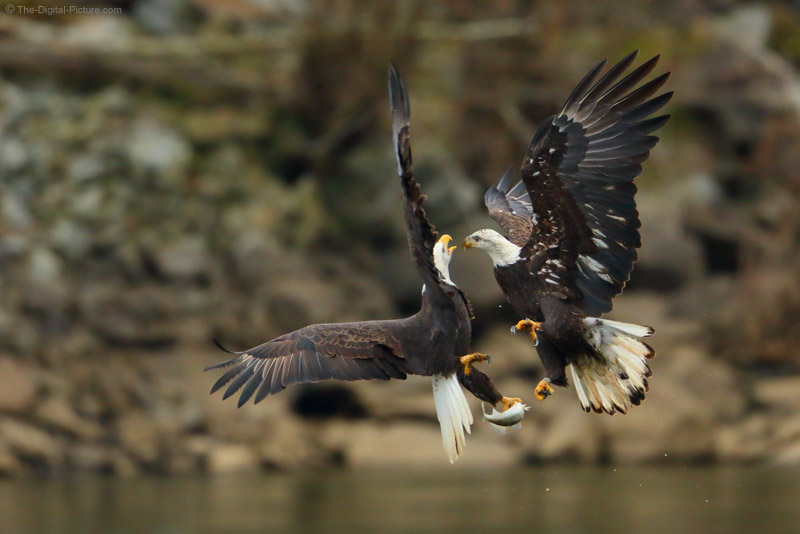 Knowing your subject allows you to predict their behavior and to be prepared for the optimal moment. Knowing that bald eagles will frequently attack another eagle with food is one key to getting great photos of these birds. Of course, capturing the initial attack on the prey is great, but the secondary eagle against eagle attack is often at least as appealing.

In this example, the eagle on the left had just caught a perch out of the Susquehanna River. The rightmost eagle had been watching and almost immediately attempted to steal the fish from the rightful owner.

Knowing that an air-to-air attack was a high probability, I continued to hold the shutter down after the initial catch. The EOS 7D Mark II's fast frame rate (and deep buffer) was able to catch this ideally-timed action – the moment the opposing eagles met. In this case and in many others, neither bird ended up with the fish and the fish is seen flying through the air in subsequent frames.