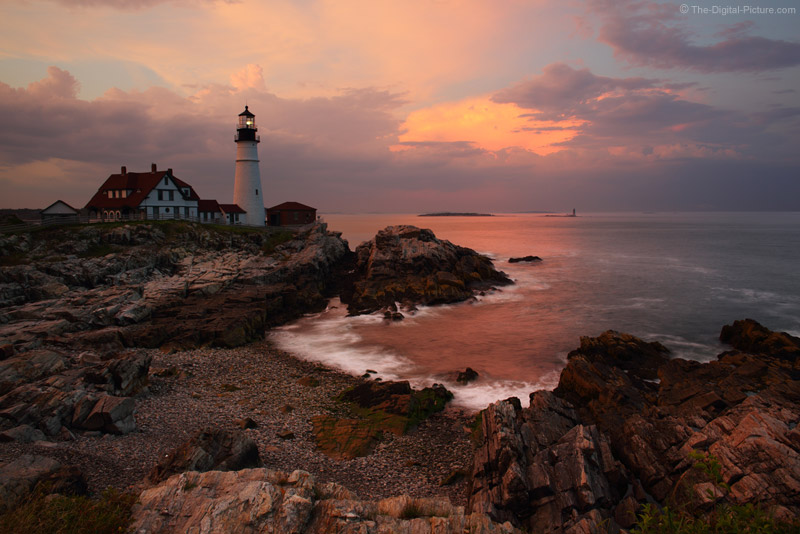 The Portland Head Lighthouse is an iconic and heavily photographed subject. For good reason of course. It is beautiful, the scenery around it is beautiful - and it is very accessible.

I had a stop-over in South Portland, ME planned on a recent trip to the northern-most section of the Maine North Woods. While there are many great coast scenes to shoot in the South Portland and Cape Elizabeth areas, I had only one late evening and early morning available - and chose to point my lenses at the Portland Head Light.

Arriving too late to catch the sun on the lighthouse, I was fortunate to have a thunderstorm being lit by the setting sun in the background. Two Canon EOS 5D Mark III-mounted Canon EF 24mm f/2.8 IS USM Lens exposures merged in Photoshop provided the above image.

I was not nearly as fortunate the next morning as the apparently-wildly-popular "Beach to Beacon 10k" run was coincidentally scheduled (note made to self). I opted to avoid battling the road closures, lack of parking, huge crowds and thousands of competitors.

My time in Maine did give me chance to use the Canon EF 24mm f/2.8 IS USM Lens with high frequency, and along with shooting locally, I have developed a very positive opinion of it.