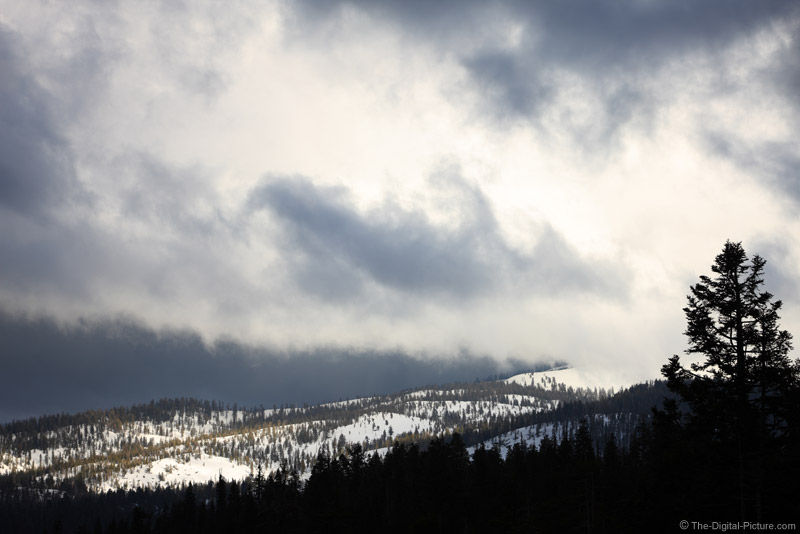 My early June timeframe did not plan on the 200%-of-normal snowpack in 2011. My timing was partially successful, but Tioga Pass did not open for another 6 weeks or so after I arrived. Glacier Point opened on the day I arrived.

The snow banks along the road to Glacier Point were up to 15 feet high or higher. This snow pack of course took hiking the Glacier Point area off of the agenda. I was not too disappointed as the views from Glacier Point are amazing. And, the waterfalls that dry up later in the year were raging.

Here I use a telephoto lens to capture the sun shining through a snowstorm hitting the Yosemite National Park high country. The 1/400 shutter speed I used appears much faster than needed for this shot, but - I was dealing with extreme wind speeds.