How to Make a Cost-Effective Arca-Style Pano Rig 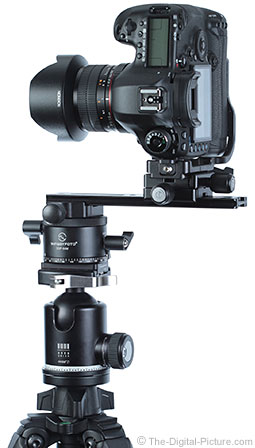 Those of you who have been following the site will know that I recently upgraded everything relating to support – new tripod (Induro 8X CT314), ballhead (Arca-Swiss Monoball Z1), and Arca-Swiss style plates and clamps. But doing so left me with a bit of a problem.

For the past few months I had been thoroughly enjoying shooting panoramic images with my Manfrotto 303plus Panoramic Head and Rokinon 14mm f/2.8 IF ED UMC Lens. However, shooting panos was cumbersome (at best). Using the panoramic head meant changing out my regular ballhead every time I wanted to shoot panos. If I wanted to be able to shoot normal images and panos in the same outing, I had to bring tools to do the replacement in the field. And the 303plus was no picnic travel with; it was heavy, bulky, and just plain awkward to lug around because of its shape.

But now let me step back just a bit. Why do you need a specialized head just to capture panoramic images? Couldn't you just rotate the camera on the tripod and get the same results?

Well, not exactly. The issue with trying to create panoramic images with a standard head is that the images don't stitch together very well. Because you aren't rotating the camera & lens around its nodal point, you get parallax errors which make stitching significantly more challenging and time consuming. Basically, things simply don't line up.

A panoramic head allows you to move the camera so that the pivoting occurs over the lens's nodal point thereby elminiating parallax errors and leading to easier (and less time consuming) stitching. If time is money, then a panoramic setup is worth its weight in gold.

After some research, I found a few products that, once assembled, would replicate the functionality of the 303plus head while giving me several other benefits:

If you're keeping score, that's a win-win-win-win. 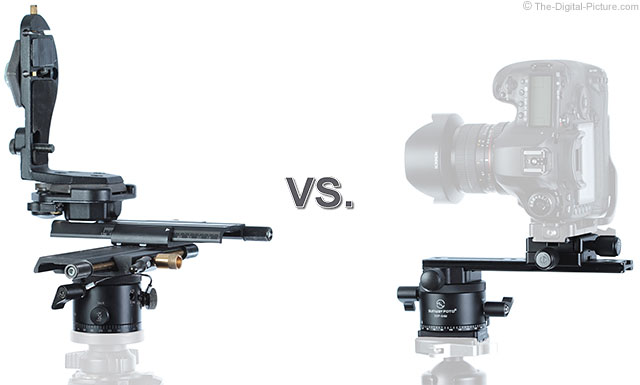 Components of the new setup:

Thats a solid panoramic setup for $305.00 (and significantly cheaper than many pre-made pano rigs). If you don't already have an L-bracket, then you'll only be able to shoot in landscape orientation. The L-bracket gives you the option to use a portrait orientation for more vertical real estate in your pano. One limitation of this setup is that you can't shoot 360-degree spherical panoramas with it; but for standard panoramas, it works very well.

Keep in mind that there are options for swapping several of the components above. I originally purchased the Kirk QRC-1.75 Quick Release Clamp to use in my BlackRapid to Arca-Swiss Plate conversion, but found that the longer tension screw handle allowed the clamp to fit perfectly on the Sunwayfoto DDP-64M Indexing Rotator. If I were buying the compenents again, I'd probably pick up a Sunwayfoto Discal Clamp 64mm With Long Handle instead. You can also purchase a longer rail if you want to shoot with a larger lens. However, make sure that your ballhead can support the weight of a moderately heavy camera/lens combination in an offset position. You can even forgo getting the Indexing Rotator & QR plate and simply rotate the rail/bi-directional clamp via your ballhead's panning base for an especially inexpensive setup. That said, I prefer using the Indexing Rotator for easy, consistent capture.

All in all, I'm really happy with my new pano setup. The Sunwayfoto products seem well-made and durable. A few days ago I created a 360-degree panorama in a local business, The Lamp & Lighthouse (click image to view a larger version):

I shot the panarama above using a 5D Mark III and the Rokinon 14mm f/2.8 lens. I corrected the lens distortion with PTLens (although some distortion still exists), stitched the pano using Hugin and polished it up in Photoshop CC.

Tip: When leveling your setup, ignore the bubble levels on your gear. Depending on design tolerances, bubble levels can be anywhere from "pretty close" to "completely useless." Use your camera's built-in electronic level for the best results.