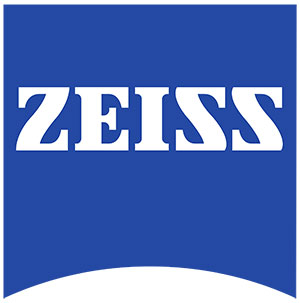 How did the name ZEISS come about?

ZEISS is well-known across the globe and the associations with the brand are positive in every respect. Carl Zeiss is the name of the company’s founder and part of the company name Carl Zeiss AG. However, the brand has been called ZEISS for a long time. In general language usage, “ZEISS” is already well established in many countries and languages when referring to both the logo and the company. ZEISS is now taking this development into account in its decision to create consistency across its brand communications. The goal is to create an even clearer and more consistent image of ZEISS in the perception of its customers. ZEISS will be used as much as possible in future to eliminate the lack of consistency in how Carl Zeiss and ZEISS are used. As a result, ZEISS will also label its lenses differently: Carl Zeiss will become ZEISS.

ZEISS operates in many product areas: from microscopes and measuring machines to eyeglass lenses, binoculars and camera lenses. Throughout the company, the label ZEISS can be found on products in most markets and product areas. The lenses have for the most part been the exception here for historical reasons. The decision to also label all lenses “ZEISS” with immediate effect provides an opportunity to retell the history of the brand name.

“Carl Zeiss Jena” appeared in the first trademark of ZEISS, and as early as the 1920’s various subsidiaries used variations of this lens-shaped label. An example is the Zeiss Ikon AG, in which Carl Zeiss held a majority interest. After the Second World War, Carl Zeiss employees, who had been ordered by the American forces to relocate to southern Germany, established the Zeiss Opton factory in Oberkochen, Baden-Württemberg. It therefore made sense, like Zeiss Ikon, to adapt the trademark for the new company.

From the spring of 1953 Carl Zeiss Oberkochen and VEB Carl Zeiss Jens developed independently of one another. Carl Zeiss Oberkochen went its own way and called itself “Carl Zeiss” and removed the word “Jena” from the lens-shaped logo. This led to lawsuits around the world to clarify usage of the name Carl Zeiss, the trademark on the lens, as well as other trademarks and product names of Carl Zeiss Jena in the Federal Republic of Germany. It became the longest court case in the history of East Germany.

The so-called “London agreement” was reached in 1971, after nearly 18 years of litigation. Under the terms of the agreement, logos, trademarks and company names of Carl Zeiss in East and West should clearly be distinguishable from each another. In addition, as had already happened with “Jena,” the first name “Carl” was now also removed from the logo of the West German company. At the end of the 1970’s, the word “ZEISS” was included in a square, and in order to clearly differentiate itself from Jena, “West Germany” was added as the designation of origin.

The reunification of both Carl Zeiss companies in 1991 was also intended to raise the visibility the common logo. In 1993-1994, a new combined word and design mark was created with the curve of the lens incorporated in the logo, which is still in use today. The color scheme of the ZEISS logo as we know it today has been in use since 1997.

In 2011-2012, the senior management set up a work group to investigate the current identity and positioning of ZEISS, and to make recommendations for further developing the brand. The result is a range of brand management principles that will govern the future use of the ZEISS brand, including the consistent use of the ZEISS logo in all labeling on all of our products.

As a result, we have decided to use only the ZEISS logo on the front ring of lenses for all future product families and not, as has been the case up to now, the name of the company “Carl Zeiss.” “ZEISS has been a global brand for a long time and we can all be proud of that,” says Martin Dominicus, Head of Marketing of ZEISS Camera Lenses. “When you go on vacation or on a business trip anywhere in the world and mention you work for ZEISS, you are greeted with a smile.”

The changeover for the lenses will take place at the family level: existing lens families will not be changed after-the-fact, but future families will be labeled with ZEISS. The first family to introduce this change is the ZEISS Touit lenses. For production-technical reasons, some Touit lenses were produced and placed on the market with the label “Carl Zeiss.” Perhaps these will one day become coveted collector items. Both versions are original lenses and do not differ from each other in any other respect.