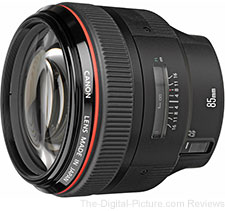 I included the Canon EF 85mm f/1.2L II Lens in my indoor action sports lens recommendation list. Some, in a politely-constructive way (always very appreciated), are questioning my logic for doing so. The big reason for this questioning is due to the 85mm f/1.2L II's focusing speed. This is not the fastest Canon AF system.

So the question: "Can the EF 85mm f/1.2L II Lens be used for sports action photography?" is one that I want to answer today.

The short answer is "Yes".

Here is a very slightly cropped sample photo I captured with a Canon 1D X:

Is it sharp? That is a good question because it is easy to make web-sized images sharp. Even with very light sharpening ("2" in DPP), the eyelashes are sharp as shown in the screen capture below. The screen capture is lower quality than DPP's RAW conversion (the sharpening is not as clean), but I want to show the active AF point placed on the jaw line: 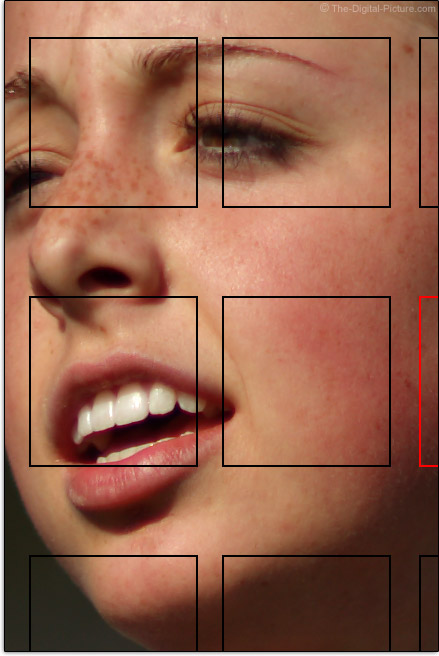 Close and fast approaching subjects present a challenge to the autofocus systems of both cameras and lenses. This runner was very close and moving fast. She was on the inside lane of the track and I was off of the track *just* far enough to not disturb the race. It is going to be hard to get much closer to any action - and dangerous to get that close to anything faster. The 1D X has proven very impressive to me, making it a great choice for finding the limitations of the lens. This shot and a significant percentage of my other 85 f/1.2 action images are in sharp focus.

Adding to the challenge of capturing in-focus action sports images with this lens is the razor-thin depth of field at f/1.2. Maintaining a focus point on the same plane of focus as the in-action subject's eyes is a challenge. Do not expect an in-focus hit rate as high as with some good f/2.8 lenses - though the 85 f/1.2L II bested some other non-Canon f/2.8 lenses I was testing at the same event.

You of course do not have to use a wide open aperture, but ... f/1.2 is a leading contributor to the major awesomeness of this lens. It is seldom too dark to stop action with an f/1.2 aperture as the in-action subject's ability to see becomes an issue.

Actually, it can be too bright to shoot sports at f/1.2 unless you have the right DSLR camera. Shooting under full sunlight as shown in the sample above? You need a DSLR with 1/8000 shutter speed capability (only higher end models have it) along with ISO 50 to keep images dark enough to avoid blown highlights in some scenarios. These were the settings used in the sample above. Alternatively, a neutral density filter can be used.

Returning to the autofocus speed question ... Can other Canon lenses focus faster than the 85 f/1.2L II? Yes. But, this 85mm f/1.2 action sports sample is far from a 1-off autofocus accident. My overall focus hit rate is decent with this lens.

Can any other Canon lens produce the same sports image look?