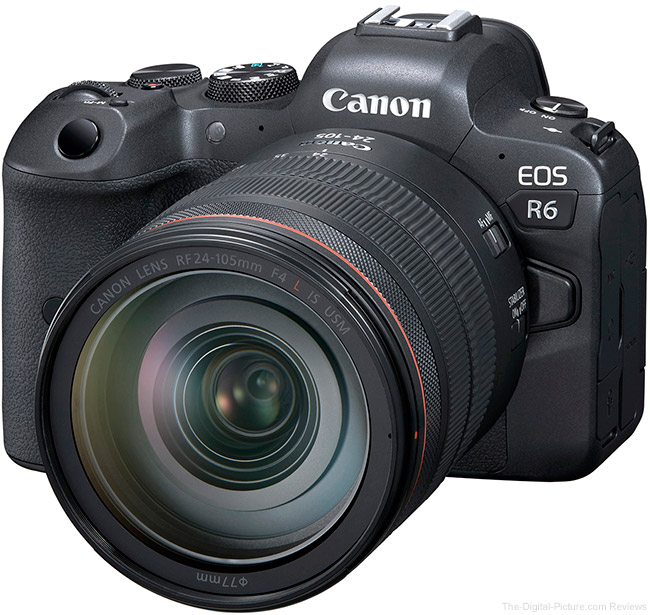 B&H has the Canon EOS R6 with lens kits in stock and the body-only version available for order.