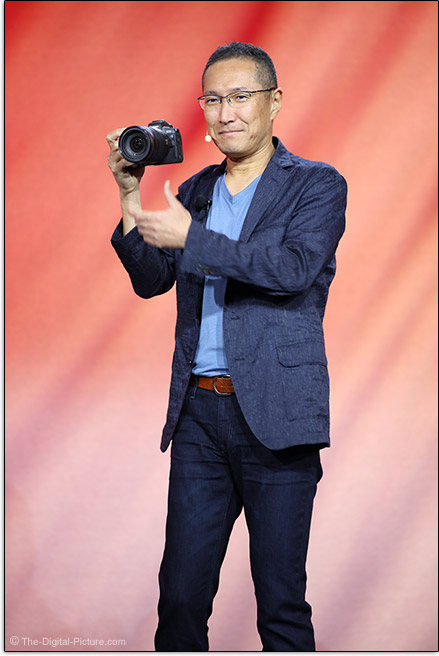 Kazuto Ogawa [shown in image] Appointed as President and CEO of Canon U.S.A.

MELVILLE, NY, March 10, 2020 – Canon U.S.A., Inc., a leader in digital imaging solutions, has announced that Mr. Yoroku Adachi, the company’s chairman and CEO, is retiring. His last day of work will be March 31, 2020. Mr. Adachi, who also is retiring as executive vice president of Canon Inc. in Japan and Chairman and CEO of Canon Solutions America, has enjoyed a distinguished 50-year career with Canon that included leadership roles at Canon companies around the world.

Canon U.S.A. has also announced that Mr. Kazuto Ogawa, the company’s president and COO, is being promoted to president and CEO and will succeed Mr. Adachi. Mr. Ogawa, who has almost 40 years of experience with Canon, joined Canon U.S.A in 2018 after serving as executive vice president at Canon China.

“I am honored to have the opportunity to succeed a tremendous leader like Mr. Adachi,’’ Mr. Ogawa said. “In many ways, Mr. Adachi was a visionary. His ability to anticipate and understand the needs of our customers and business partners as well as the many complex factors affecting our business was remarkable. He wasn’t afraid to make bold decisions or take risks that helped move Canon U.S.A. forward.’’

Mr. Adachi was named president and CEO of Canon U.S.A. in 2005 and was promoted to chairman and CEO in 2014. He was responsible for all of Canon’s operations in North, Central and South America as well as the Caribbean.

Under his leadership, Canon U.S.A. ended a long search for a new headquarters on Long Island. The company constructed a 700,000-square-foot LEED Gold certified building on 52 acres in Melville and moved there from Lake Success in 2013.

“Our Melville headquarters will be a huge part of Mr. Adachi’s legacy in the United States,’’ said Seymour Liebman, executive vice president, chief administrative officer and general counsel, Canon U.S.A., and senior managing executive officer, Canon Inc. “But those of us who have worked closely with Mr. Adachi will remember him for his sincere concern and care about our employees and his desire to always do the right thing.’’