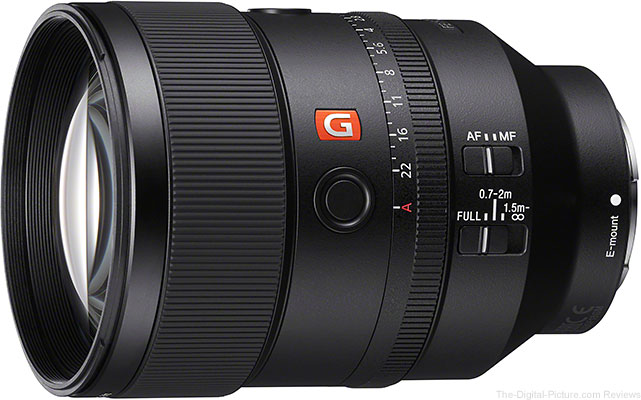 After putting the Sony 135mm f/1.8 GM through LensRentals MTF tests, Roger Cicala immediately sent a note of congratulations to some of his Sony contacts. Why? As Roger puts it in the LensRentals Blog post:

In the center, that’s the highest MTF I’ve seen on a non-supertelephoto lens. The highest. Let’s put particular emphasis on the purple line, which is 50 lp/mm. That’s a higher frequency than any manufacturer tests (that we know of), appropriate for fine detail on the highest resolution cameras. We would consider an MTF of 0.5 at 50 lp/mm to be very acceptable. This is hugely better, nearly 0.8 in the center. We’ve never seen that kind of resolution before.

The MTF drops away from the center, of course, but even at the very edges, the readings are still quite high.

The lens performed so well that Roger decided to test the lens at 100 lp/mm, something they don't usually do unless a lens is designed for 150+ MP sensors.

At 100 lp/mm the Sony 135mm f/1.8 GM has a higher MTF than most excellent primes do at 50 lp / mm. If you don’t speak MTF, basically that means this lens can resolve fine details that would be a blur on excellent lenses.

Roger would go on to say:

...in a couple of years if you are shooting a 90-megapixel camera, this lens will be the one that wrings the most detail out of that sensor. Right now it looks at your 43 megapixels and goes, “that’s cute.”

You can read the entire article on the LensRentals Blog.