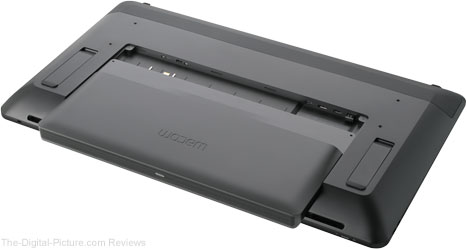 “It is our mission to help professionals create with the least amount of distraction and clutter and to give them the power to tackle the new spaces of creating content for AR, VR and MR. The Wacom Cintiq Pro Engine provides a beautiful, easy to use solution for creatives everywhere,” said Faik Karaoglu, Executive Vice President of the Creative Business Unit at Wacom.

Attaching the Cintiq Pro Engine to the Cintiq Pro 24 tranforms the Cintiq Pro 24 into a full Windows 10 creative studio that supports even the most demanding programs and applications used by creative professionals. The combination of the Wacom Cintiq Pro display, the powerful Wacom Cintiq Pro Engine creative PC module, and a flexible and rotatable new Wacom Ergo Stand is an innovative approach to providing an all-in-one specialized working environment for creatives. Adding the use of the Wacom Pro Pen 3D, professionals who rely on 3D animation or sculpting software, or CAD applications, will see an immediate benefit to their workflow.

Virtual Reality Support
In addition to the benefits around creative applications and workflows, Cintiq Pro Engine supports the increasingly important virtual reality (VR) workflow. Most Wacom products are already capable of supporting VR content creation, but to review and check the VR content, customers frequently need to move the content to another PC that has the graphics power to run VR content.

Powerful Graphics
The Wacom Cintiq Pro Engine is powered by the NVIDIA Quadro P3200. This graphics card is based on the NVIDIA Pascal GPU architecture, which provides the power demanded by today’s creative applications with dramatically faster graphics and computing power than on the CPU. “Wacom designs products for the way artists and designers create. They’re intuitive, natural and fast and can be used anywhere,” says Bob Pette, vice president, Professional Visualization, NVIDIA. “Our new mobile Quadro P3200 packs a ton of graphics power into the new Cintiq and Cintiq Engine Pro, and we’re thrilled to have them showcased at our upcoming GPU Technology Conference.”

Flexibility Found Nowhere Else
The Wacom Cintiq Pro Engine memory and SSD are exchangeable and upgradable, ensuring system flexibility. Given the plug and play nature of the hardware, it’s easy to move between Cintiq 32” and 24” displays while retaining the same computing environment with the Cintiq Pro Engine. This flexibility is found nowhere else in the market and leads to a lower total cost of ownership (TCO) than any other solution.

Availability
There are two versions of Cintiq Pro Engine, available as of May 2018 in Japan, US and selected countries in Europe.
Posted: 2/28/2018 6:59:07 AM CT   Posted By: Sean
Posted to: Canon News, Nikon News, Sony News
Category: Wacom News