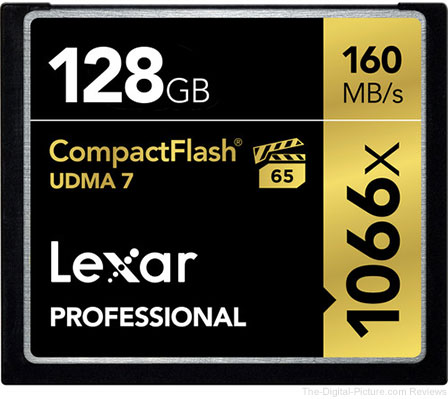 It appears that a major player in the memory card market is about to go the way of the woolly mammoth. Jay Hawkins, Micron's consumer products group vice president announced on the company's blog yesterday that it would be discontinuing the Lexar brand.

I have many Lexar compactflash memory cards and they've always served me well. In fact, I have a Lexar Professional CF card installed in both my 5D III & 7D II right now. [Sean]

Micron Technology today announced that it is discontinuing its Lexar retail removable media storage business. The decision was made as part of the company’s ongoing efforts to focus on its increasing opportunities in higher value markets and channels.

Micron is exploring opportunities to sell all or part of the Lexar business.

The company will continue to provide support to existing customers through this transition period. Customers should contact their Lexar sales representative to discuss specific requirements.

I’d like to thank our team members and partners for their contributions to the Lexar business. As difficult as this decision is, the company is making this adjustment in its business to ensure it continues to be well-positioned for the future. If you'd like to purchase a Lexar memory card while you can, B&H has several in stock.