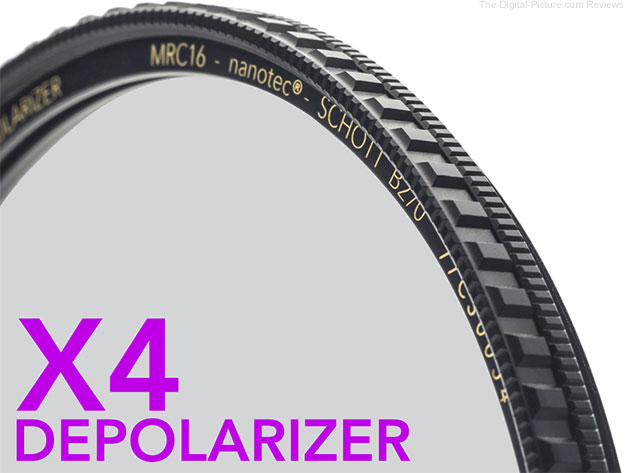 For the first time ever, photographers now have the ability to increase visible glare for the ultimate in creative expression. Through the use of triple laminated SCHOTT glass elements with split prism microparticle film, Breakthrough Photography's patented Glare Enhancing Technology allows photographers to not only increase existing visible glare in a scene, but select the precise amount of additional glare desired. 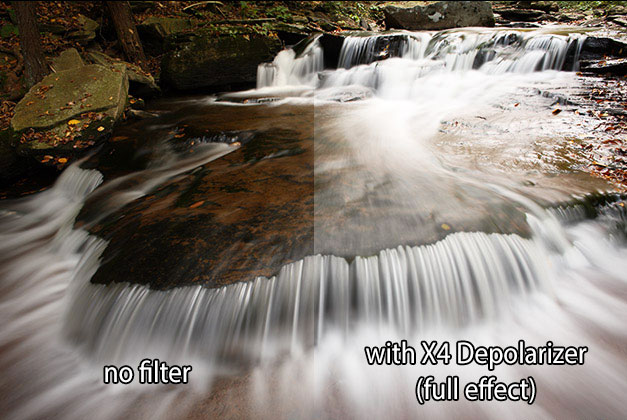 “We took all that we learned from the success of the X4 ND and CPL filters and made it our mission to bring something unique to the market. At the core of the X4 Depolarizer lies our internally developed patent-pending, American-made microparticle film, specially designed to refract unpolarized light through each layer to augment glare. And we’ve even designed the X4 Depolarizer to meet the needs of professional cinematographers, too, who want to bring a unique look to their film projects.” said founder and photographer Graham Clark.

You can order the BreakThrough Photography X4 Depolarizer via Kickstarter.