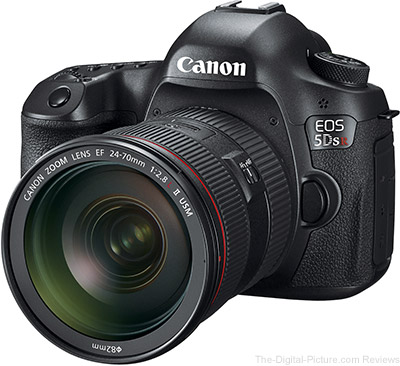 With the Canon W-E1 Wi-Fi Adapter scheduled to begin shipping today, I expected that new firmwares for compatible DSLRs would be available this morning. However, while a new 7D Mark II firmware was easy to locate, I was surprised to find the EOS 5Ds / 5DS R firmware update missing.

Then I came across the actual firmware update announcement from Canon Japan for the 5Ds / 5Ds R (published in late August) which explains that the ultra-high resolution bodies' new firmwares are planned for a November release.

So it looks like all the 5Ds and 5Ds R customers who preordered the W-E1 will have to wait a couple of months before they can use the [hopefully] nifty little device. Why Canon failed to have the new firmware available at the time of the W-E1's release is unknown.