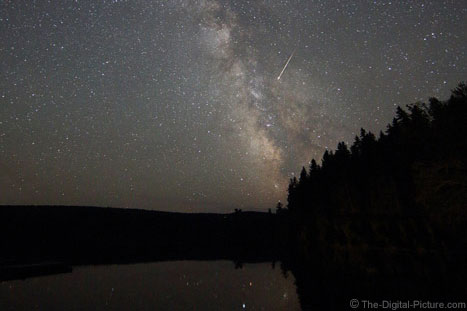 According to a study published by the American Association for the Advancement of Science, approximately 80% of those in North America live in ares where the Milky Way is no longer visible.

We found that about 83% of the world’s population and more than 99% of the U.S. and European populations live under light-polluted skies (that is, where artificial sky brightness at the zenith is >14 µcd/m2). Due to light pollution, the Milky Way is not visible to more than one-third of humanity, including 60% of Europeans and nearly 80% of North Americans. Moreover, 23% of the world’s land surfaces between 75°N and 60°S, 88% of Europe, and almost half of the United States experience light-polluted nights.

The countries with the populations least affected by light pollution are Chad, Central African Republic, and Madagascar, with more than three-quarters of their inhabitants living under pristine sky conditions. The countries and territories with the largest nonpolluted areas are Greenland (only 0.12% of its area does not have pristine skies), Central African Republic (0.29%), Niue (0.45%), Somalia (1.2%), and Mauritania (1.4%).

On the other side, the most light-polluted country is Singapore, where the entire population lives under skies so bright that the eye cannot fully dark-adapt to night vision. Other populations experiencing this level of light pollution are Kuwait (98%), Qatar (97%), United Arab Emirates (93%), Saudi Arabia (83%), South Korea (66%), Israel (61%), Argentina (58%), Libya (53%), and Trinidad and Tobago (50%); all of these countries have more than half of their inhabitants living under extremely bright skies.