The New Flickr Uploadr is Completely Useless [for Me, at Least] 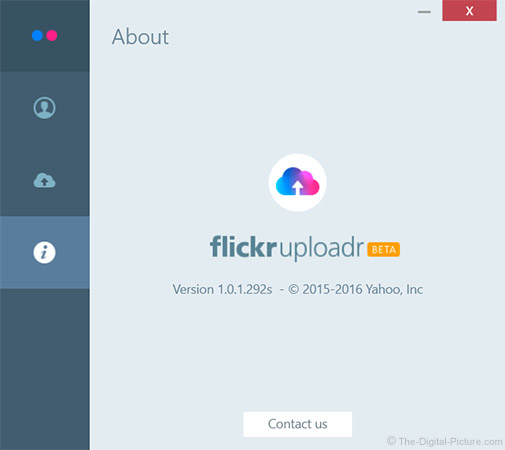 A couple of weeks ago my work laptop went kaput (SSD failure). And while I had a relatively recent backup of my entire system, what I didn't have was an install file for the Flickr Uploadr program I've been using for years. That wonderful little program allowed me to right-click images and choose "Send to Flickr."

After choosing "Send to Flickr," the following window would pop-up (I still have it installed on my home desktop and simulated my last upload for this post): 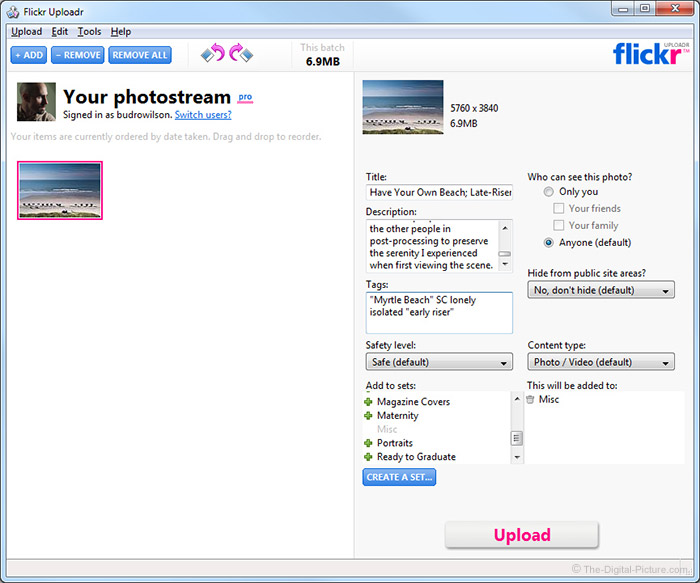 If I wanted to add more images, all I had to do was drop them in the window.

The old Uploadr program did everything I wanted. It allowed me to upload batches of images with the same titles, descriptions & tags to whichever album I wanted and in whatever order I wanted. Also great was that nothing was uploaded until the entire batch was ready. And with the program set to an "Anyone" privacy setting, images were immediately available for everyone to see after the upload completed.

I expected that the new Flickr Uploadr program would provide similar functionality. After installation, I decided to walkthrough adding an image using the new program. I was dismayed to learn that it didn't add a right-click shortcut "Add to Flickr." In order for the program to upload the image, I had to specify where the image was stored or save the image in some [rather mundane] location, like the Pictures folder. 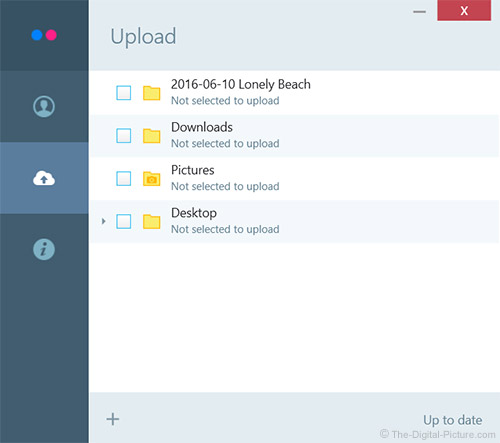 I assumed the program would introduce a new window once it found an image (or group of images) that would allow me to edit the title, description, tags, and specify which album I wanted the image to be added to. But that didn't happen. Instead, the program just uploaded the image with the filename being used for the title. And ridiculously, it automatically created a new album for the image (I think it used the folder name as the album name, but that may not be right). So after the image was uploaded, I had to use the web interface to add all the necessary information and move the image into the correct album before setting the image's Privacy setting to "Public."

The new Uploadr does exactly one thing – it automatically uploads images that are saved to specified folders. Then you're required to edit your images' information using a web browser, just as if you had uploaded the image through the web browser to begin with.

I don't use Flickr as a image backup system. I use it to showcase images that I think are worth sharing. I shoot quite a bit, but I'm selective in what I post. But when I want to post a batch of images, I want all the information to be in place before the images are uploaded.

When a program is updated, we generally get more features, not fewer features. And in this case, the full functionality of the old program has been replaced with a single – and quite useless for my needs – feature, UPLOAD NOW!

And this program is a Pro feature? Really? To say I'm bitter about the change is an understatement.

What do you think? Are there any Pro users who find the new Uploadr program useful for anything? Am I missing something?