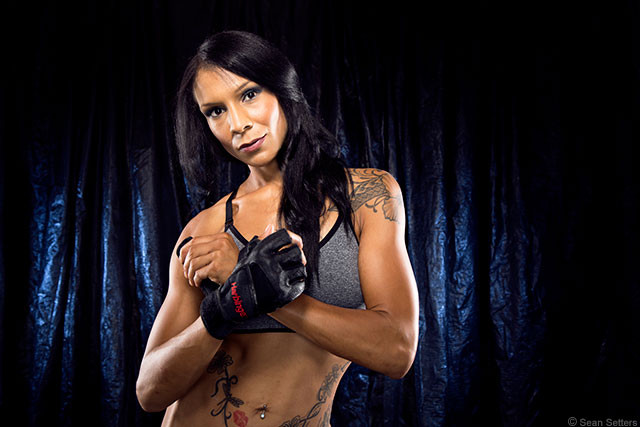 When faced with the task of deciding on a new home, I had one requirement – an extra room (or garage) that I could convert into a small studio space. Previously, I would have to clear a portion of a room (usually the living room) and set up my lighting equipment only to tear it down a few hours later in order to conduct a portrait session in my home. Having set up and broken down my equipment many more times than I care to count, I was relieved when we found a new home with a large extra bedroom that I could convert into my dedicated studio space.

But even though the room is a decent size for a bedroom, I worried that it would still be a little cramped for studio use. I needed a real-world portrait session in order to understand the benefits and limitations of the room. That's where Melinda comes in...

Melinda is a personal trainer who wanted some marketing images to promote her business via website and social media. This was the opportunity I had been looking for to give my new studio space a real "workout." We scheduled her session for Labor Day and I immediately started planning for the shoot.

I actually started setting up equipment two days in advance in order to test out a few ideas before settling on the setup you see below. 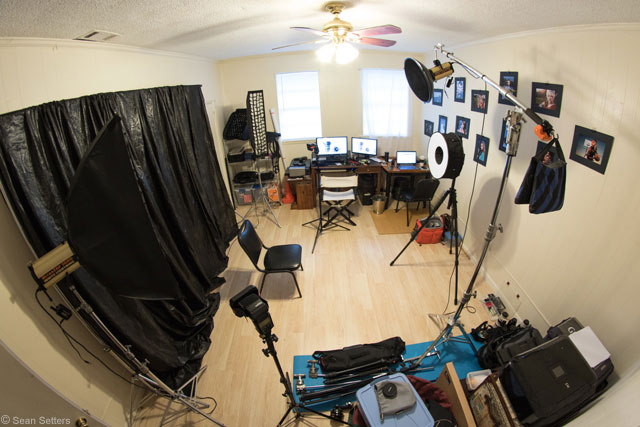 Don't let the [Rokinon] fisheye perspective mislead you – the space is not nearly as roomy as it appears. The width of the room is only 12'. Subtract the amount of space required for the background, subject separation (from the background) and the amount of room the tripod takes up and you're left with a relatively small working space between the camera and the subject.

Here are some thoughts and details regarding the setup:

The only specific concept that I wanted to try during the shoot was to have Melinda punching her fist into her palm causing a cloud of talcum powder to erupt from the impact. Unfortunately, none of our attempts to capture that particular shot were satisfactory enough to post-process. The rest of concepts/poses we captured were conceived in a collaborative manner as the shoot progressed.

Below are some additional images created during the session. Note that the boomed beauty dish was not used in the last image. 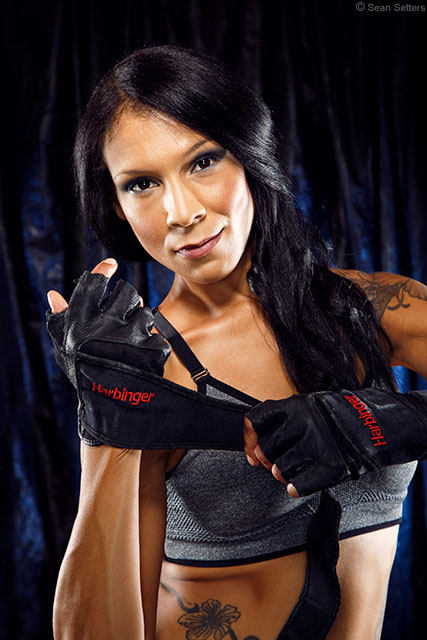 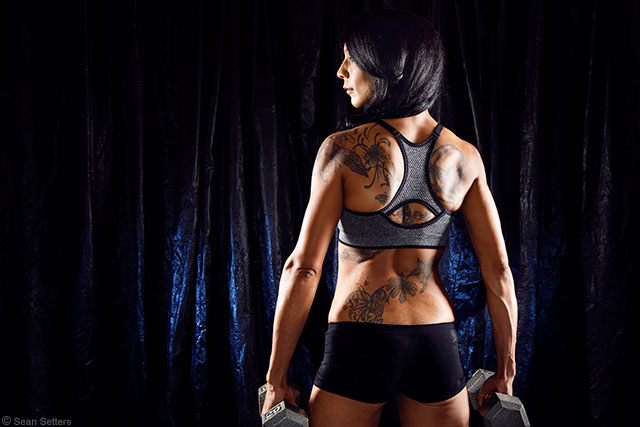 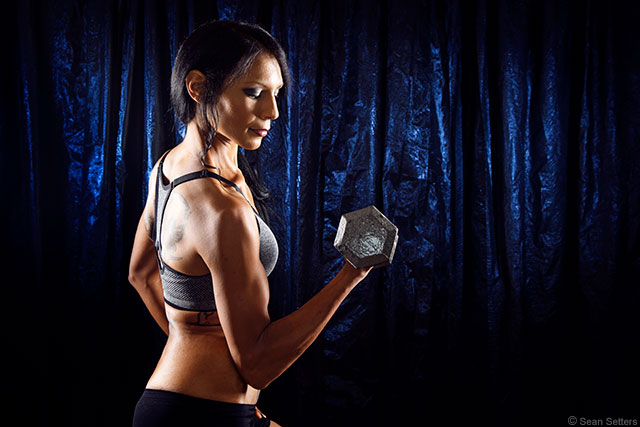 I cooled down the color of the shadows, adjusted brightness/contrast and varied the saturation of the blue channel (mostly affecting the background) in post-processing.

You can see high resolution images on my flickr photostream.

The client was extremely happy with her images, so it was a successful shoot overall. My takeaways from the session:

I hope this session has demonstrated that you can produce professional results in a relatively confined space. I'm sure this isn't the last time you'll see me utilize this space for client work.
Posted: 9/10/2015 8:10:15 AM CT   Posted By: Sean
Posted to: Canon News, Nikon News, Sony News    Category: Photo Tips and Stories