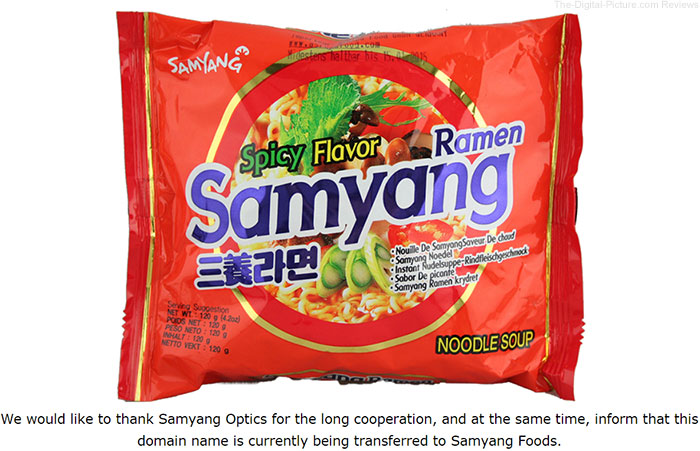 Not long ago, the Samsung UK website was one of the better sources for obtaining information regarding Samyang Lenses. Why? As the Samyang UK site was authored by English-speaking natives, it was much easier to read (the press releases were translated very well) compared to some of the other international Samyang sites.

Over the past year or so, the main Samyang Optics site has gotten much better for English-speaking individuals and has been redesigned with a great look. The main site has gotten so good, in fact, that it looks as if Samyang decided to go a different direction with their UK-oriented site.

Just think, if Samyang had made this change around April 1, no one would have thought I was being serious in reporting this change. But truthfully, I'm just not creative enough to have come up with this.