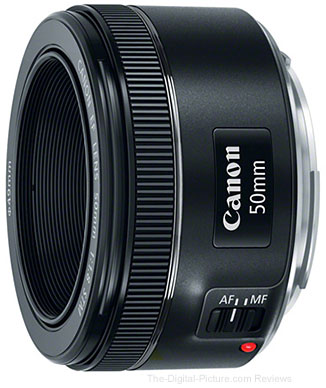 Yesterday, Canon celebrated the 25 year anniversary of the Canon EF 50mm f/1.8 II Lens by announcing the Canon EF 50mm f/1.8 STM Lens. Many have long been waiting for a new 50mm lens from Canon, and that the lens appeared to be a significant upgrade while retaining essentially the same ultra-small size/weight and the same ultra-low $125.00 USD price tag definitely produced smiles.

Then, "Juck" commented below the Canon EF 50mm f/1.8 STM Lens announcement post that the STM's "MTF chart is identical to the mk II version". At the same time, I was re-sizing and overlaying the STM and II MTF charts in Photoshop and trying to determine if I downloaded one of the wrong charts. The charts were sized differently, but they were showing the same line plots.

I of course could not mentally rest without knowing what was going on, so I asked. In answer to my "Does the new 50mm STM contain the same optics design as the 50mm f/1.8 II?" question, Canon U.S.A.'s extremely knowledgeable Chuck Westfall responded:

Am I disappointed? Yes. I of course want all new lenses to be optically better than the prior version.

Is using the same optical design in the new lens a bad decision on Canon's part? No, not necessarily. People loved the Canon EF 50mm f/1.8 II Lens, otherwise known as the "Nifty Fifty", because of the decent prime-grade image quality it delivered at a really low price tag – the lowest of all Canon lenses.

The 50mm f/1.8 II left many other upgrades wanting and the 50mm f/1.8 STM addresses many. Here is a list of some differences between these lenses:

While more difficult to specify aside from the metal lens mount, I have to expect the 25-year-newer lens to have better build quality (my original 50mm f/1.8 II broke in half for an unknown reason).

The 50mm f/1.8 is very popular today, and with this list of upgrades coming for the same price, the 50 f/1.8 STM is certain to be at least as popular.