How Much Magnification Can You Get with a 100mm Macro Lens, Extension Tube Set and 1.4x Teleconverter?

When it comes to macros, I generally like to get as much magnification as possible. This means I'm usually shooting at minimum focus distance so my tiny subjects fill the frame.

The Canon macro lens that would give me the highest native magnification – the MP-E 65mm 1-5x Macro lens – is not part of my current kit. As such, I wanted to see just how much magnification I could get out of the gear I already had available to me, namely the EF 100mm f/2.8 USM Macro, a set of Kenko Extension Tubes and a Kenko 1.4x Teleplus PRO 300 DGX Teleconverter.

As for the subject, I took Bryan's advice and bought some roses at a local florist. Sure enough, the flowers worked well for my test. But better yet, my girlfriend loved them. So if you're ever looking for a good macro subject, keep this in mind – your significant other will likely appreciate any excuse you have to buy more flowers.

For lighting I used one camera-mounted Canon Speedlite 580EX set to ETTL mode and diffused by a RoundFlash Magnetic Ringflash Adapter. While I knew the Roundflash would produce a rather flat look to the image, I was curious to see how the reflections of the ring light would show up in the water droplets. As you can see, it created a relatively interesting and not too unflattering reflection. However, I'm sure it's a matter of taste. 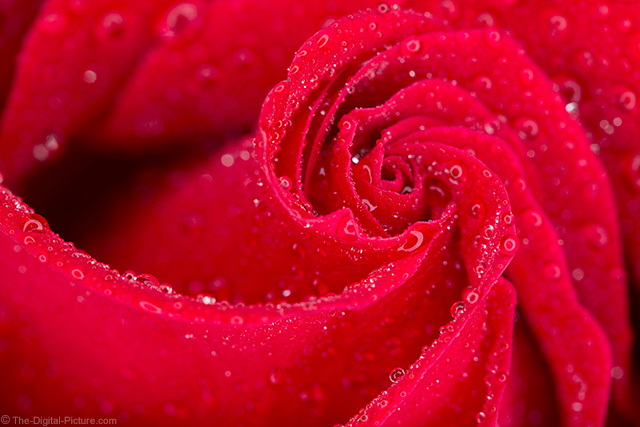 For aesthetic purposes with this particular subject, I would usually just stop right there. I don't believe getting more magnification out of this subject will improve the image, but for the purpose of this test I wanted see just how much magnification I could get out of the equipment I had at hand. Consequently, I added all three Kenko extension tubes (12 + 20 + 36).

The extension tubes reduced the minimum focus distance thereby increasing magnification with the consequence of losing infinity focus. That's not a problem, of course, as we're utilizing the opposite focus extreme. The following image shows the difference that the extension tubes make. 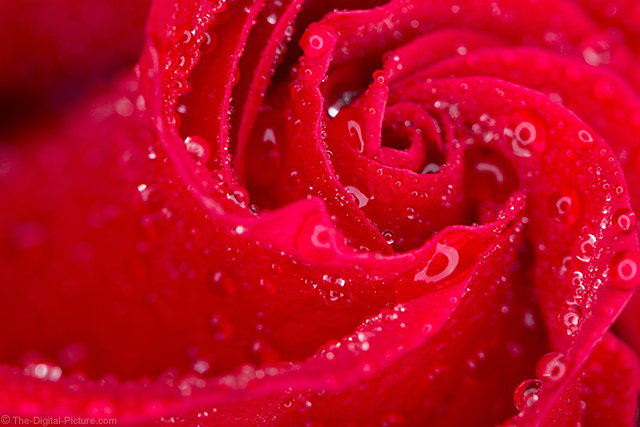 The central part of the rose is now considerably larger in the frame. Keep in mind, though, as our minimum focus distance decreases, so does our depth-of-field. At this point, depth-of-field is already very limited even at f/10.

For the final image, I mounted the Kenko 1.4x teleconverter behind the lens and then mounted lens/teleconverter in front of the extension tubes. 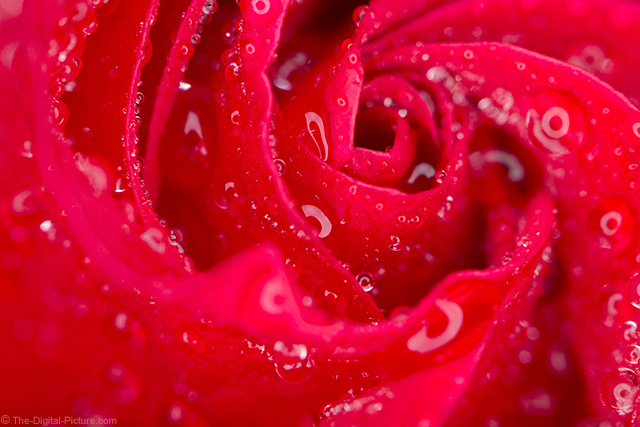 As you can see, the addition of extension tubes and the teleconverter have had a huge effect on how much magnification we can get out of the macro lens. The combination is a little cumbersome to work with, so using a tripod is highly recommended (if not completely necessary) if you are wishing to try this for yourself.
Posted: 3/23/2015 11:26:17 AM CT   Posted By: Sean
Posted to: Canon News, Nikon News, Sony News    Category: Photography Tips

Previous Post:
ZEISS Celebrates 125 Years of Camera Lens Design and Manufacturing
Next Post:
Canon Demonstrates How to Make Your Own Photo Candle
comments powered by Disqus