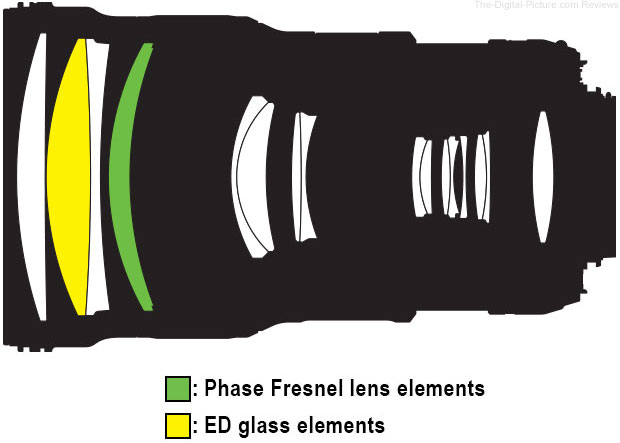 Nikon added yet another two-letter abbreviation to its lens lexicon today – PF – which stands for "Phase Fresnel." Below you'll find information on the new technology.

A general interchangeable lens forms an image on an imaging plane, using the photorefractive phenomenon. The degree of light refraction differs depending on the color (wavelength), and image formation is performed in the order of blue (B), green (G), and red (R) starting with the portion near the lens (see the diagram below). The color deviation referred to as chromatic aberration induces color bleeding, resulting in a deterioration of observed or captured images.

With PF (Phase Fresnel) lenses, on the other hand, image formation is performed in the order of red (R), green (G), and blue (B) starting with the portion near the lens (see the diagram below). By combining the PF (Phase Fresnel) lens with a refractive lens, chromatic aberration can be effectively compensated. 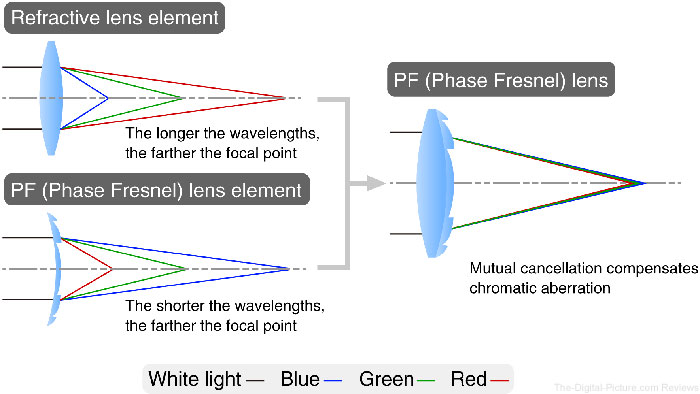