The Importance of Capitalizing on Your Own Imagination 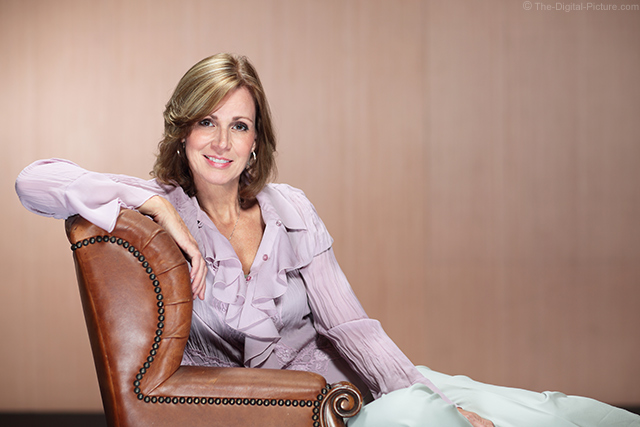 Last week I was hired by the Cookeville Performing Arts Center's Cultural Arts Program Assistant, Kim Frick-Welker, to shoot headshots to be used as promotional material for an upcoming show. After completing that assignment, Kim invited me back to CPAC to shoot another round of headshots for her own portfolio (Kim wanted various headshots because she occasionally acts in or directs theater performances).

Kim asked that her headshots be photographed using a black background. As she was wearing a black shirt, this requirement made the setup a little challenging. I had to push quite a bit of light onto the black curtain behind her (as well as use a hair/shoulder light) in order to provide enough separation between the subject and the background. Overall, Kim was happy with the images we got. The following was my personal favorite: 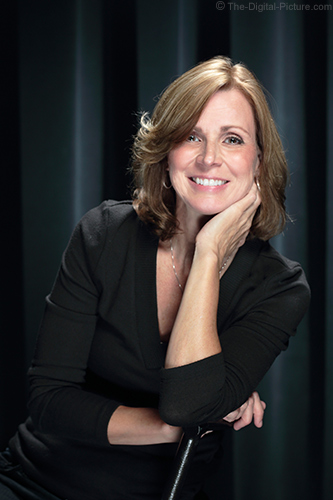 After shooting the headshots with the black background, Kim had what she had asked for. But the last time I was on stage, I was captivated by some of the set pieces being prepared for the upcoming play. I had imagined using the lounge chair as a prop and the understated, yet beautiful wallpaper as a backdrop. And I couldn't get that idea out of my head. So after we wrapped up the headshots Kim had asked for, I suggested we take a few more minutes and try something completely different. I explained to her what I was thinking and she readily agreed to extend our session a little longer. She decided a change of clothes might work better for the new setup, and I agreed.

Setting up the shot (seen at the top of this post) took 5 - 10 minutes. I used nearly the same lights and light modifiers that I had used in the previous setup, so it was merely a matter of moving around some furniture, a few light stands and my tripod. 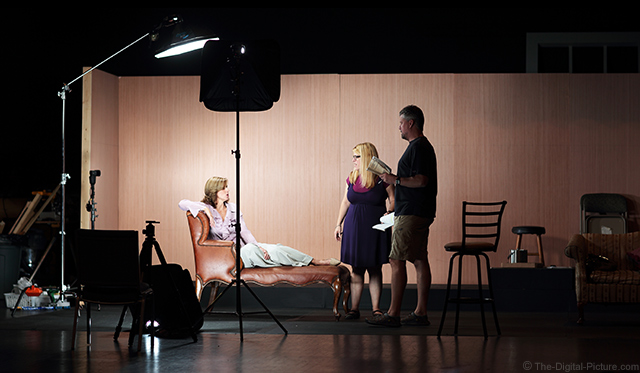 It only took a few shots to dial everything in. And after that, we captured some of the best images of the day. No, they weren't the images Kim had asked for – but she liked them even better (as did I).

So what did I take away from this experience? When clients hires you, they may have a set of guidelines (or restrictions) for you to follow in order to achieve specific goals. And there's nothing wrong with that. You have to give the client what they need.

But many times it's difficult to create the image that's in someone else's head, no matter how well they communicate it to you. So you do your best to give the client what they've asked for.

It may sound obvious, but here's something to keep in mind – anyone who hires you was likely impressed with the work you've already created. So if a shot really inspires you, it will likely inspire your client as well – so try to devote a few minutes to getting the shot you want to get, even if it's not a part of your agreed shot list. And then maybe both of you can walk away from the table getting more than you bargained for (in a good way).

Previous Post:
Canon Creates HD Infography Video
Next Post:
How to Get a Still Image From a Video Using Photoshop
comments powered by Disqus