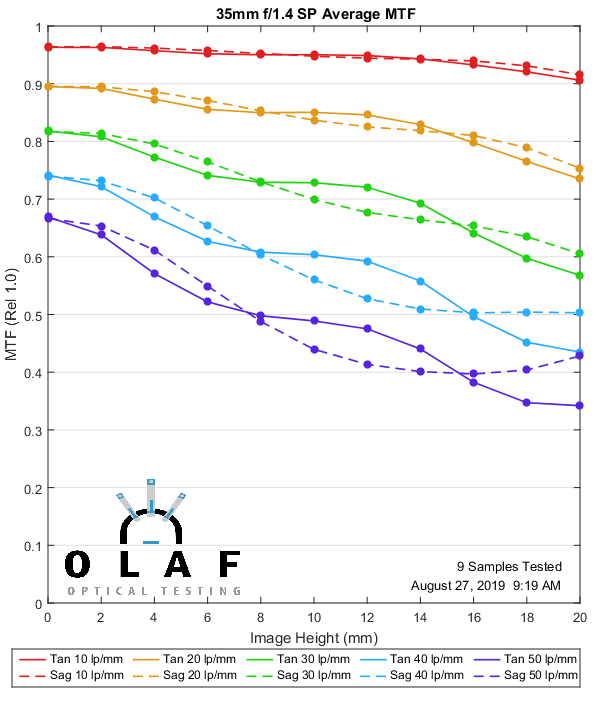 MTF charts for the following lenses have been added to the MTF comparison tool:

There are some very nice looking charts here.

The N-Log 3D LUT is a 3D lookup table developed by Nikon for use when color grading movie footage shot with N-Log gamma.

Nikon has tested the product and confirmed that it can be used with the following applications, but note that Nikon neither endorses these applications nor guarantees their operation.

Canon Thailand has both the EOS 90D and EOS M6 Mark II User Manuals available for download. Links below.

With the announcement of the extremely-feature-filled Canon EOS M6 Mark II and Canon EOS 90D, there have been a lot of questions about the future of the Canon EOS M5 and Canon EOS 7D Mark II camera model lines.

The 7D II is now about 5 years old and especially when compared to the 90D, looking a bit long in tooth. With the 90D now having a 2-generation-newer imaging sensor, a joystick, and a 10 fps continuous shooting capability, it seems logical to question if the 90D is the 7D Mark II's successor. In answer to that question, Canon USA specifically informed me that the 90D is not a replacement for the 7D II, noting that the 7D II still has some advantages including dual memory card slots, a stronger build including a magnesium alloy frame, and better weather sealing. With DSLR sales still accounting for about 70% of the overall interchangeable lens camera sales volume, don't look for DSLR development to stop anytime soon. While we don't know anything about plans for a Canon EOS 7D Mark III, such a camera seems quite viable from a business perspective.

Similarly, the M6 II seems feature advantaged over the M5, a camera that many of us who prefer a built-in EVF love. In answer to my question, arising in part from the M camera series naming convention initially seeming to lack direction, Canon USA informed me that the "5" in M5 still denotes a higher model line than the "6" in the M6 II. Also noted was that an M5 replacement was not thought to be in the immediate pipeline.

Canon typically holds future product information close, instead using formal product announcements to make new products known just prior to their arrival. The PhotoPlus Expo is the next big camera announcement timeframe I see on the calendar. With the Canon RF 70-200mm F2.8 L IS USM Lens and Canon RF 85mm F1.2 L USM DS Lens expected yet this year, those two lenses are likely be on the PhotoPlus announcement list. What else? Stay tuned! 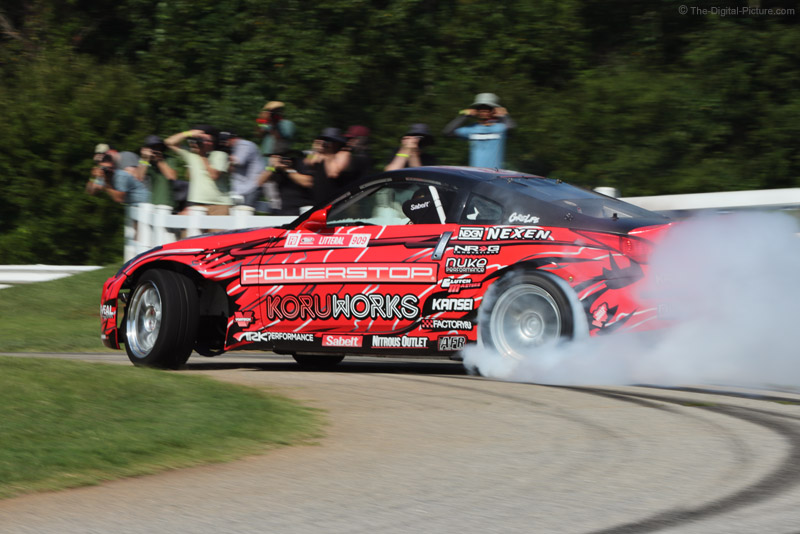 Where there is smoke, there may be drifting! Kinetic friction expert Ryan Litteral leaves a plume of smoke behind his high-powered Formula Drift car while painting new lines on the street.

When shooting a fast-moving subject at a relatively long shutter speed (for panning blur), the sharp image rate is typically low. Increasing the number of keepers is the Canon EOS 90D's fast 10 fps continuous shooting speed, a highly-welcomed upgrade from the 80D.

In this example, I was evaluating the 90D AF system's ability to select the desired focus point using Auto AF point selection (all 45 AF points active) and ability to select the correct focus distance with a fast-moving subject. The results were very good with the AF point switching nicely while I attempted to track the car in the viewfinder.